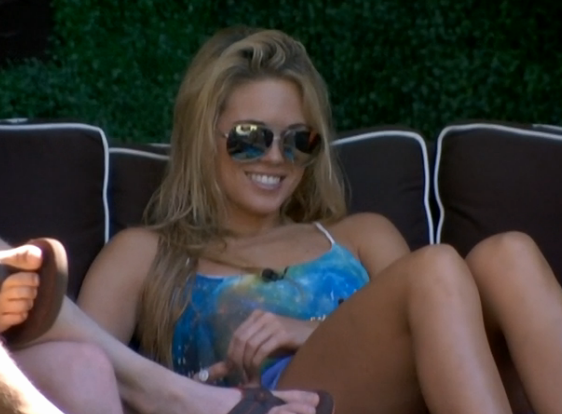 Aaryn is not an anomaly

This season of Big Brother 15 has really captured the attention of just about anyone with an internet connection.  Articles popping up on CNN, Huffington Post, etc all about the language used in the Big Brother house this season.  By no means do I condone that type of talk, but it appears many writers are taking the opportunity to steer the argument towards ‘poor casting’ or ‘cheap reality show’ or negative remarks about Big Brother in general.

I will never pretend to be a great writer, and this article will probably come off as poorly written as well.  English classes were always my worst subject (I’m more of a math person), and I hated writing in High School.  In addition, I played sports and my job consisted of working in a factory loading paper into a machine.

My history is relevant to this article because it seems a lot of writers are missing key parts of this issue.  Growing up in locker rooms and working in a male dominated field taught me that this cast is real life, whether we like it or not.  People outraged at the things Spencer has said would be traumatized working in some fields. McCrae mentioning how he doesn’t talk to women he wants to f*ck is something you’d hear before first break in a factory environment.

As far as Aaryn and GinaMarie, they are more real than anyone would like to admit.  I’m sure most of you reading this know someone, or multiple people who talk like this in private.  I know I do.  I don’t like it, and try to avoid those people, but I’d be lying if I said I didn’t encounter them all too often. To pretend they’re some fluke dug up by the casting director of CBS is living in a denial of sorts.

The reason for this post is because I have seen a lot of people mention how the producer of Big Brother should be fired, the show pulled off the air, cast members evicted, and so on.  The main problem with that is it just sweeps the issue under the rug instead of addressing it head on. If any of those things are going to happen, do you think it will change the thinking of future contestants?  No, they’ll just be more careful what they say when they’re on the show.  While that’s a great band-aid solution, it doesn’t even come close to addressing the real issue. That issue is there are far too many in the country who talk and act like Aaryn, GinaMarie and Spencer than we’d like to admit.

Big Brother made a nice step forward by airing some of the dirty laundry that’s been going on in the house, hopefully we continue to learn from this social experiment instead of trying to just censor and hide reality.