Breaking Down The Final Four 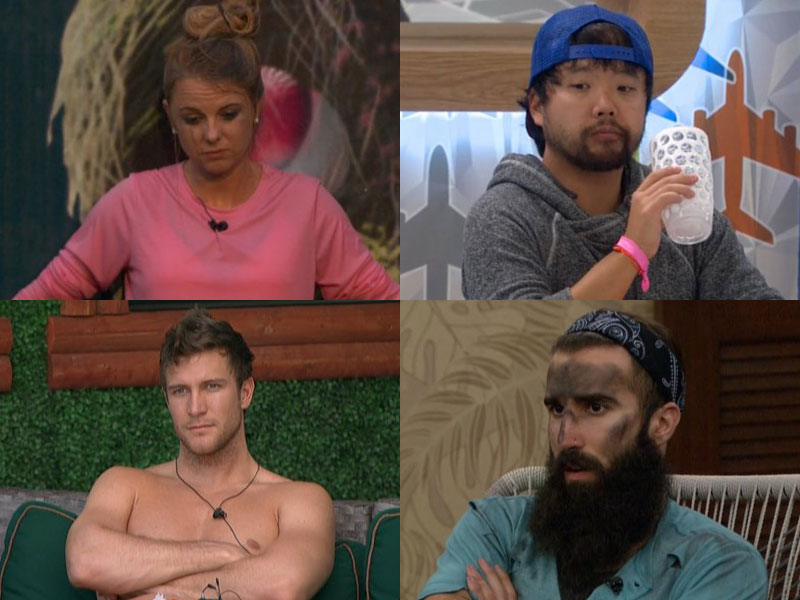 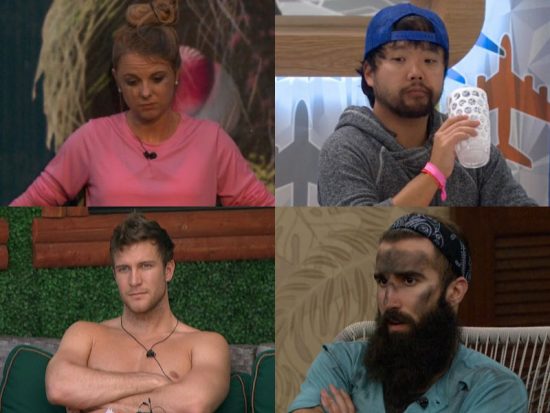 Note – this is all under the assumption that Victor is evicted. Currently that stands at about 99.78% chance, so I’m going to go with it (that number is made up)

Here we are, the final four. Not the alliance called ‘The Final 4’, but the actual four remaining houseguests. Sure, 3 of them are from that alliance, but the flip from Corey and Nicole this week prevented ‘The Final 4’ from making the final four. Seriously, what a stupid alliance name, especially considering they had the power to make it happen, but chose not to.  It’s like the house creating an alliance literally called “The all-guy alliance” and then kicking out a guy to bring in a girl.

I’m not here to bash alliance names. I’m here to talk about the chances of each person in the final 4.

First, let’s break them down by teams…  You have Nicole & Corey versus Paul versus James. While James may say he’s working with this person, or Paul with that, the reality is – Nicole will slice the throat of anyone not named Corey to get to the final 2, and I’m not 100% convinced Corey is safe, either.  (She totally has to slice Corey, so she can change her nickname from The Snake to The Black Widow.. much cooler nickname).

Round 1 – We have Paul, James, and Nicole competing for a guaranteed spot in the final 3 (HoH). That’s it.  I would put the odds around 40/35/25 for Nicole/Paul/James to win the HoH here. James is a tough one because you never know if he’s throwing these comps or not, but I do think Nicole and Paul are smarter and in better shape regardless.  Up next, we have the important PoV, and all 4 will be playing this.  I have no idea what the actual comp is, but this season you have:

Looking back, Hayden (BB12) is the last person who has won their first PoV on the final one of the season.  Even Porsche and Danielle had a PoV prior to their final PoV wins. This does not bode well for James, especially considering Hayden won 3 HoH’s that season, and James can only win the wall endurance comp.  With that, I would put the chances of a PoV win at:

This means the best chance we’ll see Nicole win the next HoH, Corey win the PoV, and then vote to eliminate Paul.  That is my prediction for the final 3.

Once the final 3 hits, it’s honestly a crapshoot. The endurance comp is sometimes super easy, or just flat out dumb. The second comp is skillful which give anyone not named James a chance to win. The final competition is seriously almost pure luck as the players have to guess quotes from players.  So, instead of predicting who will be in the final 2 (I think Nicole/Corey or Nicole/James), let’s see who could win…

(note, these are all votes for them to win)

In this scenario, Corey likely worst case wins 7-2. It would be a landslide because Corey has the comp wins, and he played ‘good cop’ to Nicole’s ‘bad cop’ all season. He has the boys vote, and many of the girls

Surprisingly, I think Nicole would pull out a win versus James. Most of the guys in the house are not a fan of the way James played, but Natalie, Michelle, and the rest of the girls aren’t a fan of Nicole. Da’Vonne would respect what Nicole has been able to accomplish, and I think she’d jump with the guys for a 5-4 win.

This will be another close one with Nicole edging out Paul.  I am not sure if Michelle will actually vote or slit her wrists, but if forced to, I still don’t think she can vote for Nicole. Da’Vonne will vote for Nicole, especially after she finds out Paul was lying to her face during his HoH. Paulie will vote for Nicole because of Cody being friends with her, and Natalie doesn’t like Paul.  This pairing would be a situation of voting for the lesser of two evils for most of the jury

Another landslide victor for Corey. James would be lucky to get the 2nd vote.

All 3 Corey scenarios leave him with landslide victories.  The only person who would have given him competition is walking out the door today. (Victor)

As you can see, the people leaning James are likely to hold their nose and vote, but they’ll all vote together and James should win this showdown easily

Breaking that down, Corey’s best option is to take anyone. He’ll win. He should probably take Nicole if he has the option so they can pool the $550k

Paul’s best option is to take Nicole. He may not win, but his speech to the jury could flip a vote in his favor.

James’ best option is to take Paul. While he’ll probably also beat Nicole, I don’t think it will be close if he takes Paul

Nicole’s best bet is to take James. Her jury speech can focus on how she has made a lot of behind the scenes moves, and even convinced James to throw the comp which changed the game around. He doesn’t have a very big argument as far as gameplay goes.

So, there you have it.   Now, let’s see what you think.  With all that information, who do you think will win Big Brother 18?  I think it will be Corey.