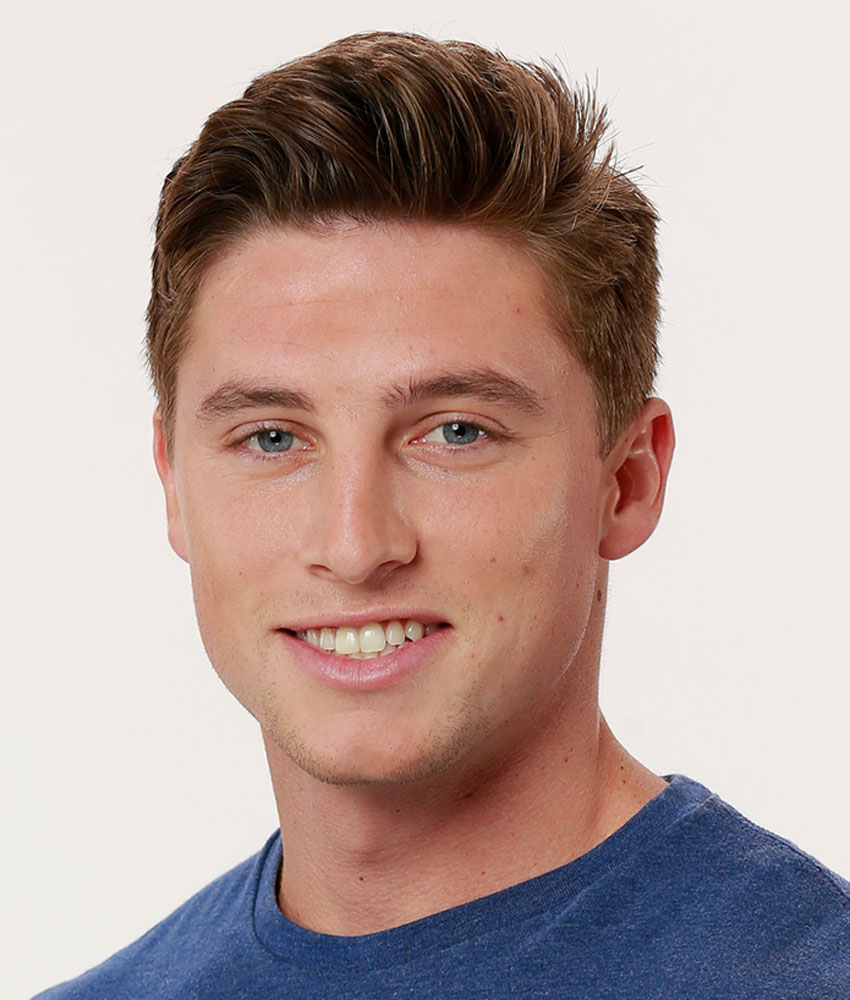 Brett is going to take the very unique approach and lie about a career that he really doesn’t need to lie about… Don’t get me wrong, I’m sure he’s a pretty smart guy to work in IT but I doubt people are going to think he’s an instant threat because he can lock down a server.

I will say that he gets some points for the unique way he describes himself. Vehement? Trophy? Who says that? I want to like the guy as he’s the hometown player this season but he’s making it really difficult by calling himself a trophy.

My prediction for Brett is that he should make jury. If his side of the house ends up controlling things, he can probably make final 4 but if the ‘outcasts’ gain control, he could find himself as one of the first in jury.

Three adjectives that describe you: Vehement, riveting, and trophy.

What do you think will be the most difficult part about living inside the Big Brother house?
Not being able to talk to my family or friends would be the difficult part for me.

Which past Big Brother cast member did you like most?
I like Derrick Levasseur the best. He has a way of gaining control without upsetting people. He also has the ability to stay unnoticed enough so he does not come to mind during conversation or voting.

Do you have a strategy for winning the game?
I plan to go in and establish a minor amount of control initially. Then, immediately pull back from the spotlight.

From there, I will rotate face time with every single person in the house. It will have to be handled tastefully.

I also plan to lie about my current occupation and life. I want people to think I am just a dumb surfer/model guy. Then, I will slowly plant my seeds of stories throughout the entire house, causing chain reactions that I will have to dynamically calculate on the fly.

What would you take into the house and why?
– Gotta have a toothbrush because I have to have my teeth clean. Plus, I don’t want the ladies to think I have stank breath.
– I would select clothes and shoes because I think it would assist me in challenges.
– I would bring some reading material to keep me occupied between challenges.

Fun facts about yourself:
– I hack into my friends’ computers for fun.