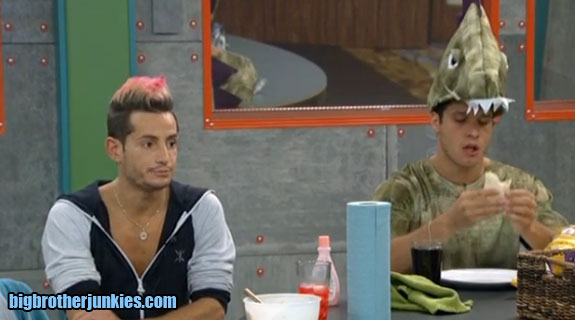 Will Caleb Finally Make A Move? 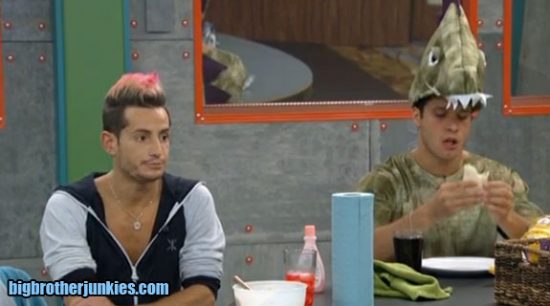 Paranoia is setting into the Big Brother house the later the season gets, but could the paranoia actually ring true this week?

With Caleb winning the HoH, it’s now his turn to make a similar move as Frankie did last week.  Put up someone next to Victoria so they can send her home. However, one thing appears to be clear is that Cody won’t be that person. They’re not going to put him up as a pawn in back to back weeks because he’ll wonder if he’s actually not the pawn and try making a move of his own.

This means there are two people available to sit next to Victoria. Frankie and Derrick. Neither of them want that, but it has to happen, so what will happen?  With Caleb, that’s hard to say.  As soon as the feeds returned, Cody and Derrick were already talking about how Frankie has to go on the block over Derrick. Neither of them trust Frankie (despite Frankie not making a move while HoH) and worry what could happen if he is not on the block.  Let’s say Derrick and Victoria are on the block and Frankie wins the PoV, will he take this opportunity to use the veto on Victoria to guarantee a big threat going home?

Now, why would Frankie do that now when he had the chance last week and didn’t?  Well, Derrick’s theory is that Frankie had to ride the wave due to being HoH.  Had he made a big move, he knew he’d be sitting out of the next HoH and have all the numbers against him. It would have likely been a 4th place finish for Frankie.  Now, Frankie can make a big move AND compete to win HoH next week.  Derrick’s logic does make sense, but will Caleb believe it?  Will he care?  Caleb had his chance to get Frankie out and was basically encouraged by his brother to do so, but chickened out.  He is far more concerned with his life AFTER the Big Brother house than he is IN the Big Brother house.  Just listen to him for 5 minutes and you’ll see why (Caleb is apparently going to go on Amazing Race, Survivor and be a country music star).

So it’s a fairly large nomination ceremony – whenever it happens (today or tomorrow.. likely today).  Derrick was working Caleb all night on this, and Caleb sounds convinced about the logic behind it, but Caleb is Caleb.  I have a feeling we’re going to end up seeing Derrick and Victoria on the block together this week and that will mean Caleb is going to ride Frankie all the way until he meets Ariana and tries to score his own record deal.

With all of that said, even if Derrick is on the block, and Frankie does win PoV, he’s still not a guarantee to use it.  Frankie is pretty sneaky, but he seems to be pretty set on making the final 4 with the guys.  What do you think will happen if that situation does unfold?  Would Frankie use the PoV to get Cody vs Derrick on the block?  Or would he not use it and send Victoria home?

I will start a live thread in a bit, but the house is still sleeping.