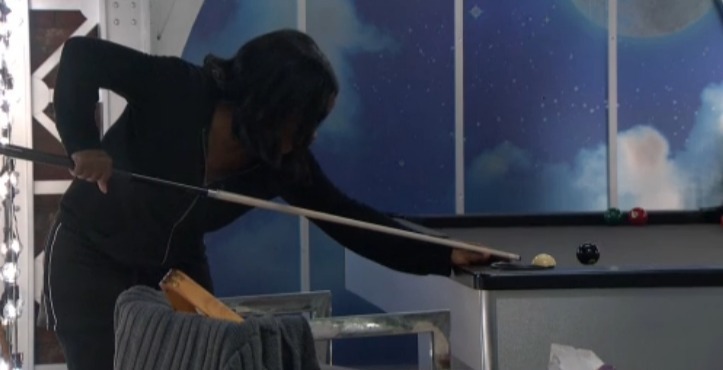 If you follow this site, you will have noticed that I just stopped doing the live feed updates last night. That’s because throughout the season, almost every time the house got heated, the feeds would be cut. I’ve had enough so I just stopped rather than spend the night bitching about production. I will say, much to my surprise, this has been a great season – the only problem is that production hasn’t allowed us to see it.

After watching Metta mail it in last year and Keshia essentially quit (she asked to be voted out), my hopes for this season were incredibly low. Hearing people like Vegas on Twitter say how tough it’s been to cast people this season, I really expected a terrible bunch. Then hearing names like Ryan Lochte, my hopes sank further. I expected Tom Green to just pull some weird stunt in the first few days that got him kicked out of the house. I expected the rest of the house to sit around and just not care about the show or care about winning. However, something crazy happened. This crew actually came to play.

Alliances formed, alliances cracked, emotions got real, and people really played to win the game. Sure, there has been the typical floater like Dina, but that happens every season. I just never expected to see such a divide in the house and I certainly never expected to see a power alliance crumble and become enemies. That was real Big Brother shit, not something celebrities would care to do.

Lolo was the hothead of the season and has had arguments with just about everyone, but she helped show that something was different this season when she had her first major fight with Tamar – production wasn’t going to show much drama on the feeds. What? Really? When Tamar got in the face of Lolo which looked like it was about to come to a real fist fight, feeds were cut, and remained cut that day for about 9 hours. During Lolo’s major argument with Tom and Kato, they did show about 10-15 minutes of it before putting the camera on people like Kandi while we got to hear them fighting in the background. Feeds cut again.

Last night was the straw that broke the camel’s back for me. Tom talked with Kandi about his idea of pulling Natalie off the block and replacing her with Tamar to force people to vote out Ricky (which, btw, wasn’t going to work). Kandi immediately went and told Tamar about the plan which – as expected – did not make her happy. She began to bash Tom and the feeds were quickly switched to Natalie reading. After a few minutes, Tamar went up to Natalie and began re-telling the story about Tom and the feeds immediately went back to Kandi, but this time she was alone. 10 or so minutes go by, and we catch Tom in the kitchen. Tamar approaches him screaming about being threatened (being overly dramatic), and the feeds just flat out cut again.

I understand production is likely being forced to cut the feeds. Likely by the PR people of these celebrities who are watching along and in a panic about the public perception of their clients. The problem with that is, why even have a show?  Why do these people go on the show knowing there could be drama?  Why cast two people (Tamar and Kandi) who already have a bad history outside the house? Or Momma Lohan? Or Mooch? Or Tom fucking Green?

So, I’m done doing feed updates for the season. I will definitely still be recapping any events, still blogging the live shows, and still give morning updates in the house. I’ll still be watching the feeds, I am just not going to sit around with a thread open all day to report how Tom is playing pool or Natalie is reading. It’s just an overall waste of time to me. Any time there is something to actually blog about, the feeds are cut and we’re left putting the pieces together when they come back live – if we get any pieces at all. What made BBOTT so fantastic was the near 24/7 access to the feeds, including comps. This season has very similar drama except for the exact opposite feed access.

As for the quick update today, it’s hard to tell what Tom is actually going to do. I expect the veto meeting to take place today, so I’ll update with that, but if something major happens during the meeting and a fight breaks out, feeds could be down for a long time today.  We’ll just have to wait and see!