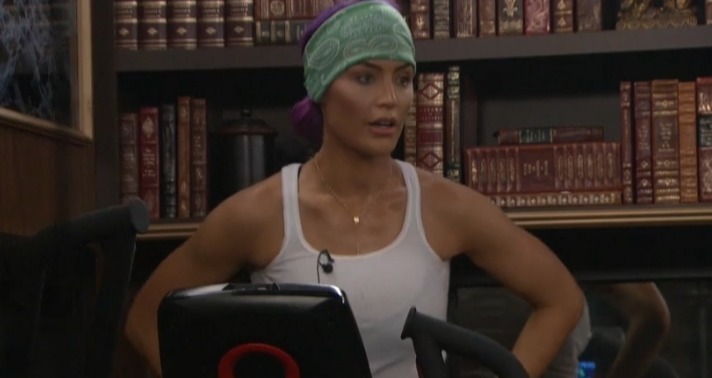 It’s been a super busy day in the Big Brother house which I’ll try to recap as best I can without sounding as confusing as it does on the feeds….

As you know, Tom won the HoH so he has been trying to figure out who to get out this week because this cast really is playing hard (maybe too hard?). In the middle of it, feeds were cut and the winner of the recent twist was revealed to the winner (privately) which sent the house into full-blown paranoia mode because nobody knows who won.

After the reveal, Tom and Kato with Ricky here and there spent a few hours trying to figure out how to flush the power out. Ricky thought Joey had the power, Kato was convinced Kandi did. Meanwhile, through all of this, Tom is realizing that his own alliance of Lolo and Natalie are getting closer with Ricky so he has been working to backdoor him this week. He wants to be able to flush the power out AND get Ricky out which is a tough task. Tom’s plan with the girls was that he was basically just going to nominate Joey and let him play for his chance at safety, so he was trying to decide if he should keep that plan or flip things up and put Tamar and Kandi on the block. The reason being, he wants to prevent a situation of Ricky and Joey being on the block together which would increase the chances of Ricky staying.

It was a crazy discussion and was wild to see the gears turning in their heads. Especially considering these are celebs who nobody really expected would take the game as seriously as they have been.

Feeds went down and Tom ended up nominating Joey and Kandi because those were the two people most likely to have the power (in their head). They wanted to flush out the power, but it didn’t happen (probably because it’s unlikely either have it).

After the nomination, they were still trying to figure out what to do but the game talk calmed for the most part. There was an incident in the storage room that made me almost guarantee Tamar ended up with the power. Natalie asked Tamar if she thought about who had it, and Tamar immediately tried to change the subject to talking about her period and then even started snapping at Lolo for being too nosey. An hour or so later, Dina joked ‘she has the power’ either referring to Tamar or Kandi who were both in the room with her and Tamar instantly got defensive again. I’ll be shocked if Tamar doesn’t have the power. 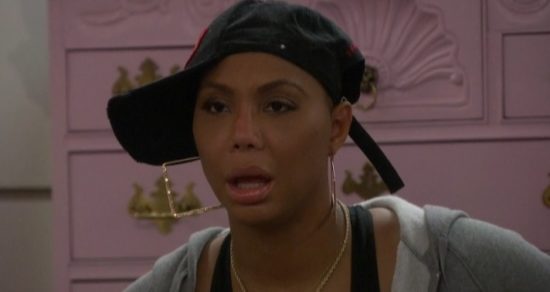 Now it’s time for more craziness. Tamar and Tom finally get together and Tom is trying to get Tam to sneak and find out if Kandi really does have the power. Tamar, of course, gets defensive and starts snapping back at Tom. They actually argue a bit because Tamar thinks Tom is threatening her that he’ll nominate her if she doesn’t go and do his dirty work. Things calm down between them and the talk breaks up.  That leads me to now when Tom and Kato are talking to Nat and Lolo in the workout room.  I’m going to just live blog from here….