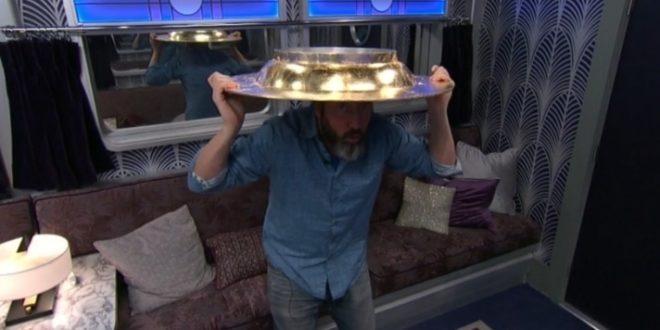 I’m going to be honest. Yesterday pissed me off with these feeds. What was it? 9 hours of downtime after some intense drama?  Rumors of Lolo being kicked from the house and we’re forced to sit around watching re-runs of last season for half the day?  Not cool, Big Brother. Not cool.

Due to this, there isn’t a whole lot to report on for the overnight. When the feeds returned, everyone was calm and everyone just hung out all night. Even Lolo and Tamar were talking like nothing happened. The big thing that did happen was the tickle alliance got exposed (I am tossing that nickname out to see if it sticks. Tickle = Tom Kato Lolo Eva = TKLE = TicKLE. No? Bad?  Yea I’ll scrap it).  Ryan actually noticed the four of them outside together and somehow managed to piece together that they may be in an alliance. I’m sure it took all the brainpower he had, but it’s impressive considering FOUTTE couldn’t even figure out who was working together after like 2 months.

I do expect a lot of downtime today as the PoV comp and probably ceremony should be happening. I’ll be updating this thread, but I have a few things to do today that I should have done yesterday!