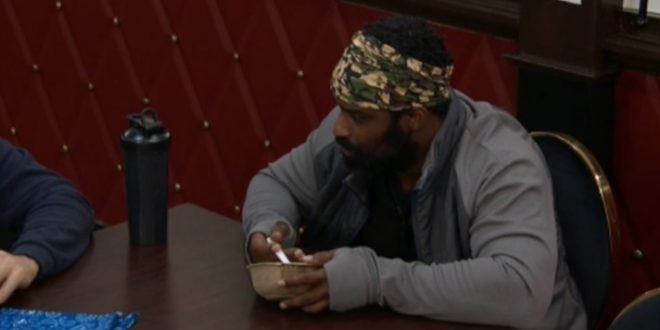 So, I went out to dinner tonight to celebrate my daughter’s birthday and my phone started blowing up asking why Kato was listed as PoV.

I had no idea what was going on, but when I got home I see that Ricky Williams won PoV so now I’m trying to figure out wtf is going on in this house.

I have put a few pieces together and this is what I have right now. On Monday, they announced, “Breaking News: Mooch is not really a houseguest” and had some press conference thing (competition?). He left the house and that is when Kandi was put up as the replacement nom.  Because of whatever twist that made Mooch leave the house, they did another veto competition in which Kato won. They had that veto meeting today and Kato saved Tom and the replacement nom was Joey.

So currently if I have it all sorted out:

That means on the Friday episode, we will see all this craziness that happened and hopefully be all caught up as bloggers. Wild stuff.

Alright, I’m in for the night to live blog: