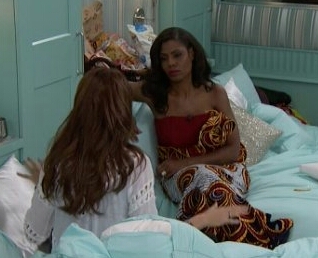 It didn’t take long for things to heat up after the show ended and I’ll cover some of it here. Before I get to that, I have a few things to mention. James is annoying on the feeds but his edit has been a pretty good one so far. He comes off as very likeable and having a great sense of humor. I actually like “episode James.”  I liked the punishment/baby segment and thought the clips of the hg’s participation was funny. (Ross feeding Ari)  The crawling took a bit of a toll on their knees, especially Ari’s because I saw Chuck  bringing her ice packs on the live feeds. CBB may be brief but I don’t think it matters because they’re playing like they’re on day 45. It’s more entertaining to me than people spending the first month thinking it’s too soon to make a move and with more than one eviction a week, this is going to fly by imo. 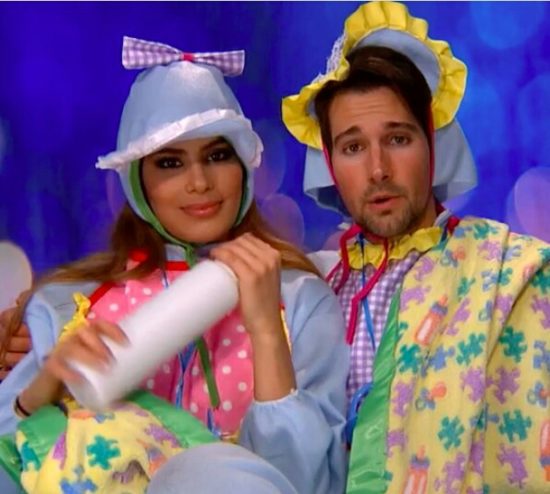 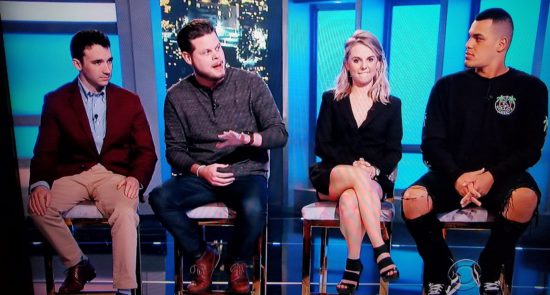 Last night, Derrick said that Marissa was the only one no one was talking about. I agree with him that Marissa’s in a good position but someone else that isn’t being mentioned is Ari so they’re both doing a good job of not being targets. I thought it was funny when Nicole told Derrek she agreed with him and he responded by saying “you always do.” (In her defense, the entire house agreed with him on his season but I still liked the dig) We can now confirm two other things. Metta DID use the exit door twice in an attempt to leave and the note Omarosa slipped Chuck was a letter for her husband. Now, moving on to last night: 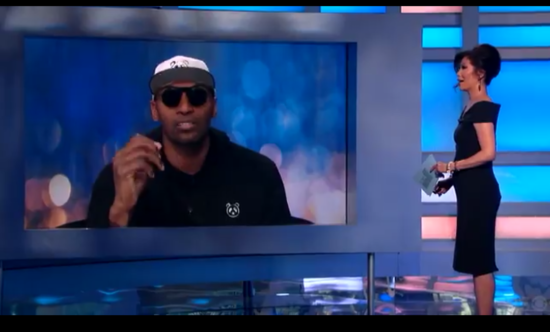 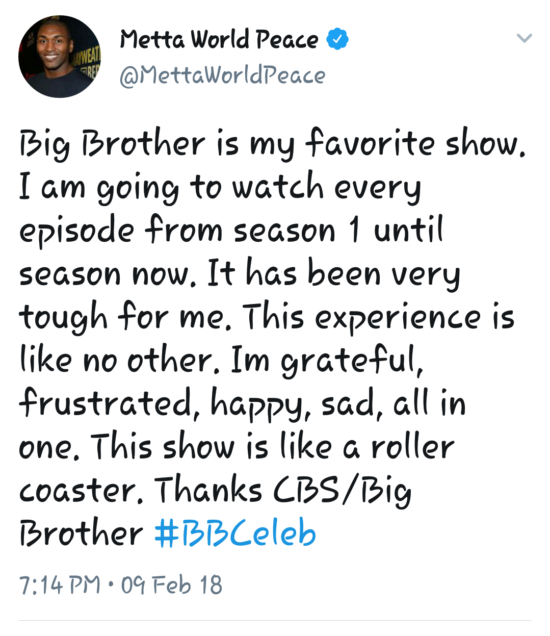 We know that Omarosa wasn’t given a heads up about the vote in advance and I’ll cover her argument with Shannon below but there were a few less “omg” moments on the feeds too. Metta spoke with Omarosa and Keshia shortly after feeds came back and the middle photo was when he was told he had evicted Chuck on accident instead of voting to keep him. His surprise seemend genuine and during his vote, he only said “I vote Chuck” while being preoccupied with asking his wife to be his Valentine. He’d also tried to help Chuck strategize earlier in the day. He may have been confused or he may have been misled. I wouldn’t put it past Ross at all. What little game Metta has had,  (zero) he believes he’s had with Ross so he trusts him.  Usually, I think hg’s are full of crap when they try to pull this off but in his case, I believe him. We may get a DR or something on the feeds to prove me wrong. This was the tweet he sent out when they did the first ones. I know I’ve posted more pics of Metta than he deserves based on his game and I’m going to be honest, I’ll probably continue to do it until Steve comes back and stops me. I said from the beginning that Metta and Ross were my favorite people on CBB. Ross has cracked me up since he was on Chelsea Lately which was years ago and I was a Metta fan long before he was Metta World Peace. This is a fluff season of BB so I’m relaxing my  rules for myself of who I should root for. (I normally root for the best gamer, even if I don’t like them) This time, I don’t even care so I’m team…. Moss? Retta? Who cares! The winner will also be chosen after hg’s have gone home and watched the footage so are we really going to take this seriously or just sit back and be entertained? Wow, I get sidetracked so easily!!! Steve must have REALLY needed the time away if he’s turning the threads over to someone with an attention span of about 30 seconds so back to updates:

Keshia/Omarosa/Metta:   Keshia and Omarosa were pissed and Metta was confused. Keshia did a pretty good job of getting Metta fired up before the HOH comp.  I’m not sure he knew what he was fired up for but he was pumped. They let him know that they needed to stick together.

Ross/Metta:   Ross gave Metta a pitch for why Metta shouldn’t win the HOH. Ross told him that he was trying to give him what he wanted, said they needed to get one big target out and then promised to give him what he wanted and send him home.  Metta expressed his desire to win the HOH and put up Shannon and James. Ross told him that he needed to go against Keisha and Omorosa but Metta said he didn’t think he could do that. It’s all very confusing because he seems to feel betrayed for not being OTB but Shannon didn’t make the noms so technically, he should be upset with Keisha. He may think Shannon and James are the enemy because Omarosa  and Keisha are telling him that.  I have no idea. Ross did point out to Metta that the best way to keep someone like Shannon or James from winning the game was to vote for him in the end. (This was too funny) Ross asked him if he had any advice for him “as a champion”  and Metta said that Ross had to get nasty. (Also funny)

Keshia/Omarosa:   Keshia says something about only cooking for the “3 of them” so she’s definitely pissed.  Keshia and Omarosa discuss their belief that Keshia would have been the target if she hadn’t gotten hoh. Omarosa feels betrayed and says that Shannon would kill someone to win the game.  Keshia thinks they were never a part of the alliance. Omarosa says Shannon looks like the lying, backstabbing, mean girl, bitch. She tells Keisha that Shannon started the stuff about how Keisha could go home first and was an easy target. (I’m not aware of this happening. Maybe it did but I’m doubtful because Shannon knew Omarosa and Keisha were closed so I don’t think she’d say that to her) Either way, it’s smart of Omarosa to keep Keshia and Shannon against each other.

Shannon/Omarosa:   Shannon offers to have a group talk with Omarosa but she let Shannon know she wanted to speak with her alone first. Watching them head into the bedroom, Shannon looked like a lamb heading to the slaughter. Shannon made her points but she didn’t have a chance against Omarosa in verbal warfare. Shannon’s part was telling Omarosa that she didn’t have a deal with Mark, they were paranoid about Keshia going to Chuck when she told everyone else not to, Keshia’s insistence on taking Chuck off the block was a red flag, how close Omarosa was getting to Keshia and telling her that she would never evict Keshia. (Omarosa and Shannon had a F2) Omarosa’s part was that she didn’t believe there wasn’t a deal with Mark and that made Keshia want to take Chuck down, she would have voted with the group if she had been told in advance, she thought everyone disrespected Keshia’s hoh the entire time and she hadn’t done anything against the group or Shannon in particular.  At one point, Shannon said “my alliance” while explaining that they were all paranoid about Keshia so Omarosa called her on it and said “your alliance, let’s talk about your alliance.” She wanted to know who the leader of the group was and Shannon told her no one. Omorosa said the idea of Brandi and Marissa talking strategy was laughable.  She also told Shannon that she had become the mean, bitchy girl and that’s how the viewers would see Shannon. Omarosa asked why they didn’t talk to Keshia about this stuff in advance. Shannon reminded her that they tried and when she did, Omarosa told her she was being selfish. (True) (Keshia came in and told Shannon she knew Shannon had a deal with everyone and that she never made a deal with Chuck) The talk ended with Omarosa saying that everyone had a problem with the “2 brown girls” being friends, Shannon saying it had nothing to do with race and Omarosa telling Shannon to get out of her room.

Keshia/Group:   Keshia talks with Brandi and some of the other ladies and wants to know why they didn’t talk to her about how they were feeling. Brandi reminds her that they tried to and Keisha kept walking out of the room. Keisha says it’s because she had to move out of the HOH room. Brandi doesn’t by this and tells her so. Omorosa makes a comment to Brandi about her “white girl alliance.” This isn’t received very well from the other women. Ari points out that she isn’t white and I think someone mentions that Ross isn’t a girl.

Shannon/Group:   Shannon asked Keshia to talk with her and the group but Keshia said no. Shannon ended up telling the rest of the alliance that she’d made a final 2 with Omarosa on day 1 and Omarosa told her that Keshia had, in fact already made a deal with Chuck. (True) Shannon hadn’t disclosed the source of this to them prior to this (She was still under the delusion that Omarosa would work with her after this) but wanted them to know that it wasn’t speculation, she knew for sure.

Ross/Marissa: The hoh comp was the spinning and bowling comp. Ross knocked Metta out during a round and Marissa knocked Omarosa out but it seems Omarosa is the one who got to chose to go against Marissa. Ross is the new HOH. Omarosa got hit with something and went to the hospital but Marissa and Ross don’t think it’s serious. They discuss Christmas being allowed to come back this summer. They say that they’d hate to see someone win (Metta) that’s already went out the exit door twice. They talk about needing a code word to let the other one know if they need to have a follow conversation about something one of them has said while with the group. I’m assuming this is for when one of them lies intentionally to a third person but wants to clarify it later. Ross has chosen the word “undoubtedly.” This feels a little extra to me but Ross really likes his signals because he’d also suggested to Shannon that they should have a hand signal during the eviction to signal whether they were voting out James or Chuck. Shannon shut that idea down by pointing out they should make a decision before the eviction. I think Shannon had the better plan on that one.

My take: Everyone will blame everyone else but there were 7 people in an alliance which was two thirds of the house and thats too many.  Omarosa can make her claims but the fact is, she did make a secret alliance with Keshia called “BGM” and told Shannon, her F2, she’d never vote Keshia out. Omarosa also encouraged Keshia’s distrust of Shannon and told Brandi, Marissa and Ari that they couldn’t trust Shannon and tried to be the boss of the entire alliance. Ross never trusted Omarosa and Shannon was looking for back up plans too. This would have happened anyway but I’m not sure it would have happened before the first vote if Omarosa hadn’t done some of these things and if Keshia & Omarosa had spent more time with the group during the 24 hrs before the vote. Instead, they spent most of their time together in the hoh room. It was simple math for the others. If Keshia had a deal for Chuck not to put her up and common sense said he wouldn’t put up the guys, who was left to put up if Chuck won hoh? It’s the people who voted him out.

I’ll let you know what I find out about Omarosas return and other updates from today.