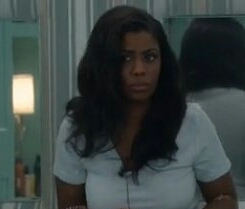 Omarosa left the house for the hospital sometime during or after the hoh comp. She just returned but there was speculation all day that she may not. The most I’ve gathered is that Marissa accidentally hit Omarosa with something when they paired against each other during the hoh comp and that triggered an asthma attack. (bowling ball, maybe?) Now that she’s back, we should get more details. Apparently, no one was in the house when she left so there wasn’t much to be learned today from the hg’s. Opinions about her leaving and returning have varied throughout the day among the other hg’s. Mark was the most worried about her condition. Ross, as hoh said he was told she’s ok but nothing else. Brandi and especially Marissa have been very snark about her absence. Brandi does say that Omarosa isnt a quitter so she expected her back. They were worried she was getting more rest that they are which could give her a game advantage. Metta even appeared skeptical and said that he thought she liked being in charge and was unhappy now that she isn’t. Here’s a recap of what’s been going on today: 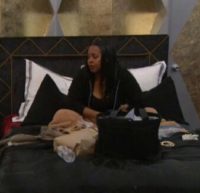 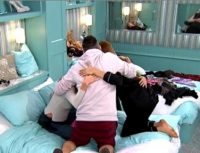 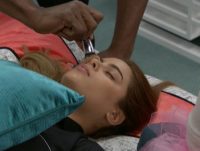 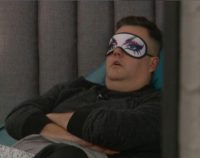 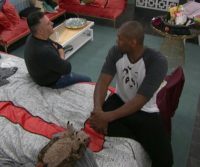 I’m wondering if nominations are ever  going to happen! Ross talked to Keshia in the HOH, Omarosa got up, hugged everyone, went to shower and realized Metta broke something in it. Ross talked with Marissa and said he trusts Keshia more than Shannon at this point but noms will still be Omarosa and Keshia. (Keshia already knows) If those are wrong, I’ll post an apology tomorrow but I’m wrapping it up for the day…unless Marissa actually does kill Omarosa!