Christmas Uses Her Temptation – Does It Help Her Game? Updated: PoV Results 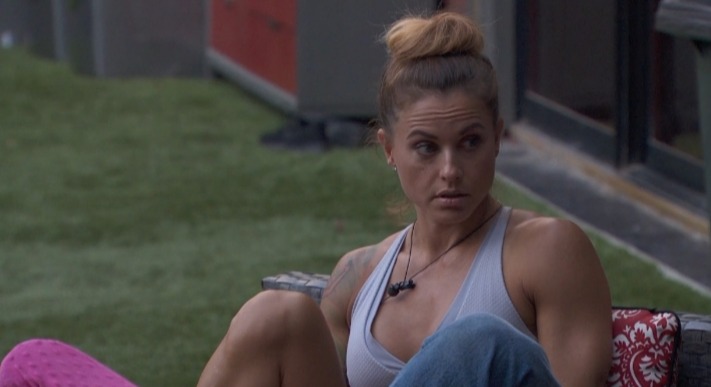 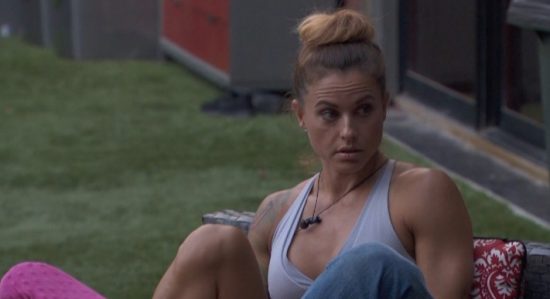 You may have forgotten all about it, but Christmas still had her temptation that was given to her by America in week 2. Had is the key word here because it’s gone now.

What happened?  Why would Christmas use a temptation when her side had all the power in the house?  Paul happened.

Here is the buildup to it: Last night, Cody won the temptation challenge which made him safe. On the flip side, Jessica finished last and she automatically became the 3rd nominee. This forced Josh to nominate Mark and Elena and in the process, he decided it would be a good idea to get Elena out. He wants her out before jury for whatever reason and has been pushing Christmas to help make it happen.

This afternoon, he sat down with Christmas once again and they decided that no matter what happened today, Christmas was not going to use the power she had.  The power gave her the ability to put herself into any veto competition at the cost of someone picked to play (not nominated). They discussed the option because with Cody being safe, if he was picked to play, there is a strong chance he would win PoV and save Jessica. Josh decided it doesn’t really matter because he wants Elena out anyway, so in his head it wasn’t bad if that happened. He told Christmas not to use it no matter what happens, but then they ran it by the boss of the house – Paul.

Paul gave his reasons why Elena should be in the house and Jessica needs to go this week, and to his credit, they are valid points – for his game. Paul said that in jury, Jess and Cody will be two votes that will most likely not vote for him – err, I mean any one of the three (Josh+Christmas) *wink wink*. Paul learned last season that every vote counts, so he is looking well into the future here because let’s be real, his chances of sitting in the final 2 are pretty damn high right now and he knows it.  Paul gave Josh the ‘it’s your HoH’ speech and Christmas followed suit, but at the end, Josh told Christmas he still didn’t want her using the power. She should save it for a more important week.

Feeds went down, Cody was picked to play, Christmas used her power.

Now obviously that was great for Paul, but was it great for Christmas?  I personally don’t think so. When you look at the house, Christmas appears to actually have a far better relationship with Jess than anyone from her side. It’s certainly better than her relationship with Elena which is basically non-existent. And if that is indeed the case, she basically threw away two jury votes because she would almost certainly get ‘Jodys’ vote over Paul or Josh.  Well, she would have until today that is.

Josh had his nice little rebellion that he pretended was going to happen, but Paul put the smack down on him and reminded everyone who is actually in control of this season.  Now the possibility still remains that Jessica wins PoV, or Josh wins and pulls Jess down.  If the latter happens, Josh will earn a completely new level of respect from me for playing his own game, but I think there is a better chance of me being cast for season 19 and put as a late season addition to the cast.  That said, if suddenly some handsome guy comes walking through that door and this blog stops getting updated, it still won’t be me. I said handsome. Keep up!

Rambling over. I’m waiting for the veto competition to finish and I’ll update this post.  What do you think about today? Was it a good move for Christmas to use the temptation?