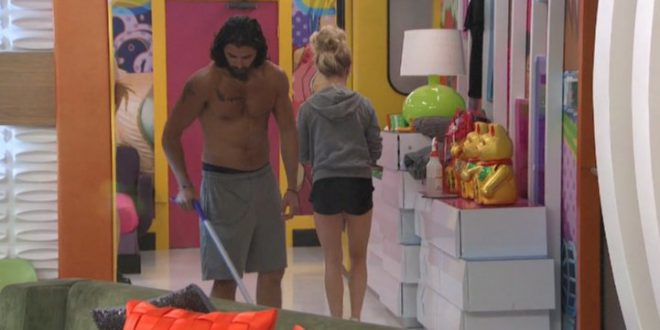 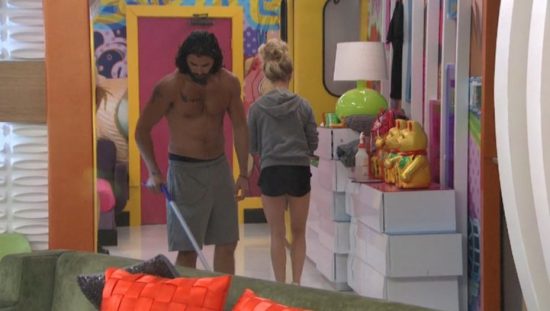 What a disappointment. I leave for vacation when Paul is hilariously running around as a secret service agent, Corey and Nicole had their outfits going, and Paulie was playing some weird ass game where he’d cry on demand with the cameras watching, making a fool out of himself, and making everyone beg for him to do his punishments.  Now, the boremances have taken over, with Corey mopping the floor with Nicole rooting him on, Michelle may have gone back into hibernation, and Nat/James are always pretty damn boring. Awesome.

I bet you guys missed my endless optimism!

Alright, I’ve had two naps since returning (maybe Michelle and I are kindred spirits), so let’s get some updates going.  Also, quick note, I asked for writing help last week, and just opened my emails. I see a lot of replies, so I will now start replying to whoever sent in a request (don’t think I ignored you)

Wrapping up this post because it’s been a long day. There won’t be an overnight report in the morning, but I will try to get something in there before I begin the feed updates for the day. I will figure out how to handle the rest of the season with overnights, daytime reports, etc, but one way or another, the info will still get out there for you guys.

I blog stuff about Big Brother
Previous A Showmance Final 4; Bribes Before Allowed; What Is Going On?
Next Will Thursday Pick Up The Action Again?
Subscribe
Login
62 Comments
Newest
Oldest Most Voted
Inline Feedbacks
View all comments