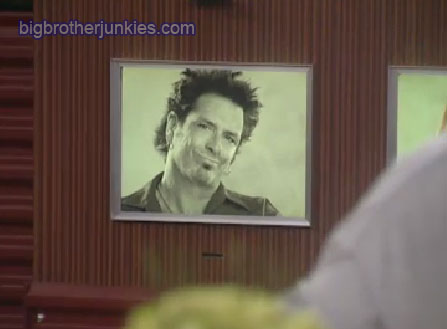 Well then, I can’t say I saw this coming.

I started blogging Big Brother 13, and one of my first posts about the show was to reveal Dick had already left before the feeds went live to viewers. It was a pretty big let down and many wondered if it was just a way to guarantee Danielle a trip deep in the game.

During the season, the twist was to play the season as couples.  They brought in 3 couples of former players (Brandon/Rachel, Jeff/Jordan, Dick/Danielle) and put them against newbies who just met their partner that season – because that was totally fair. As part of the twist, when your partner gets evicted, you get a golden key that made the players safe until the twist was over.

When the feeds went live to see Danielle was safe for at least a few weeks, the rumors speculated Dick never really wanted to go on the show and just agreed to so he can leave and give his daughter a better shot. Of course, there were a ton of rumors, but that was the most active and plausible at the time.  I think that rumor appeared to be the accepted reason when Dick shot down a lot of other theories (sick or dying relatives, etc).

Honestly, I was starting to just accept we’ll never really know why he left until just recently when Dick said he was going to reveal it during his time on Couples Therapy this season.  Well, the time finally came, and it was .. shocking to say the least.

Dick revealed the reason he left Big Brother 13 is due to being told his bloodwork came back HIV positive.

Out of many theories I heard that season, I don’t think being HIV positive was one of them.  To say this is unexpected is an understatement, and I wish him the best of luck going forward.  He said for the rest of his life, he has to take a pill a day and expects to die of something other than HIV or AIDS one day, so it certainly isn’t the death sentence it was back in the 80’s.  I’m sure it was still shocking news to him and it’s no wonder he left.