Did Big Brother Really Bring Back James For The Pranks? 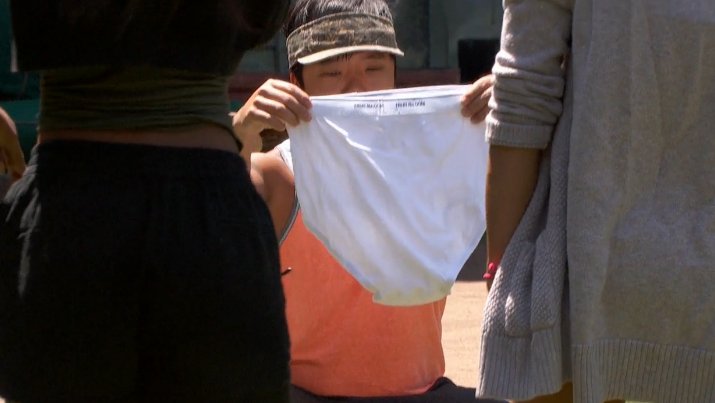 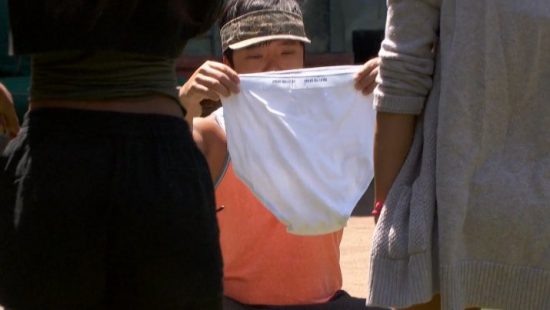 There is no overnight today as Amy is not feeling well, so I am going to fill it with something that has been on my mind recently, which also happened to come to a head yesterday during the veto competition.

The veto competition was the one where houseguests went in, hid a square veto logo and then one by one went in to try to find the logos. The remaining hidden veto logo wins (which was Paulie).  Now, if we remember two seasons ago, toward the end of the season, the remaining players were locked in the HoH room while they could only watch helplessly as the jury members came back and destroyed the house. Victoria was furious at that as they went through her stuff, and the house was also pretty pissed how Zach dumped a lot of their food out.

This week, James was given the second care package, which has been in the heads of people like Nicole and others who so desperately want America to love them. It also helped remind James that people still like him, and made him remember why they liked him. Personally, I think America liked him because he was a combination of nice, fun, and sadly pathetic the way he kept following Meg. His pranks were funny and generally good spirited with the occasional scare and giggle. Well, this season, James clearly went in the house with that role to play, as that is what he thinks America wants. He turned Natalie into a prankster herself, as she was boasting the other day how she pulls the most pranks, while James gets in trouble for them.

Fast forward to yesterday, the day James possibly decided to go too far for his fans. A ‘prank’ that may eventually get him evicted from the house (not like he had much of a shot to win the game, anyway). During the competition, James went in and decided to be the ‘funny guy’ once again, but this time play the Zach role as he destroyed the kitchen including doing things like smashing eggs down on the floor. According to the house, he pretty much tore the place apart, and when the feeds went live, even Natalie was a bit pissed. Especially considering someone (probably James) went through her ziplocked back of underwear and tossed them around.

Later in the day, James claimed he was brought back because he was the fun prankster and that’s what people like about him. He said it was all fine and good until he ran into “Mr OCD” Victor who hasn’t been a fan of the pranks at all. He wasn’t going to change, and the fact that he was recently given the second care package shows him America still likes him, so he took it upon himself to make America happy by being a dick to the rest of the house.

As I stated above, I don’t think America brought him back just for the pranks. They are a side effect of his good nature and fun, but unlike last year, he is clearly forcing them just to play that role. He scaled back on the pranks once he got into whatever the hell he is with Natalie, and has spent most of his time firmly inside her butt (much worse than he was with Meg). I guess he realized he’s been pretty boring compared to last year, so he needed to go back to his roots.  But, did he? I don’t think so. Despite being a fairly terrible player, and always following Natalie around, he is just a good guy. Then when you put him next to the rest of this cast, he looks like he’d give Donny a run for his money. Forcing pranks or trying to play a ‘role’ just isn’t him. I don’t believe that’s why he was brought back, and it is a big reason why I think he was second in line to Natalie when it came to receiving something from the fans.

What do you guys think? Is James more fake this season, or is he the same James he was last season, just with a more uptight cast around him?

(live feed updates later on, or as I like to call them ‘updates on Paulie running the house’)