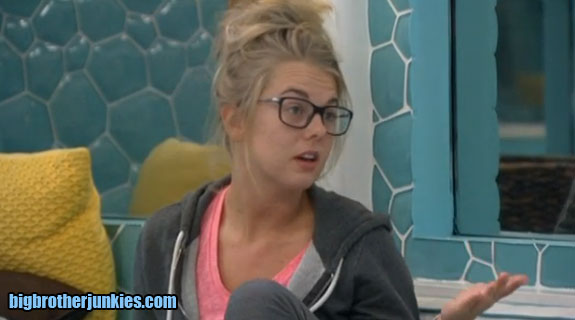 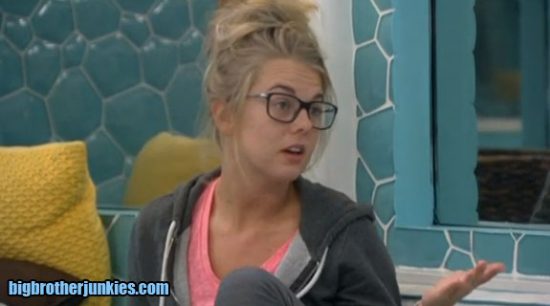 Despite stepping away from the house last night to pick up my suit and eat a burger, I found myself sitting there talking to my girlfriend about, what else? Big Brother. I know this is a few days old, but it’s been lingering in my brain and I have been trying to figure out if Caleb is right or not.  About two-three days ago, Caleb and company were sitting in the HoH room talking about Donny and his chances of winning America’s Favorite, and most don’t think it will happen. Caleb was pretty adamant about it saying “It’s America’s Favorite Player.. not Person”.  This had my brain working like it did when I tried to figure out how they hand out MVP awards in baseball (The debate has always been.. the best person, the best person on the best team, or the person who turns the team into a winner”).

I came to the conclusion, the problem with Caleb’s thought process is that he emphasized the wrong word in that.  He focused on Player, but he should have actually focused on the word Favorite.  It’s America’s -Favorite- Player.  It has nothing to do with who played the best game, who won the most challenges or who made it the furthest.  It has to do with which player won over America and became a favorite player to watch, for whatever reason.  When you ask someone their favorite sports team, they aren’t obligated to pick the best team in the league.  When you ask their favorite movie or actor, it’s not always the won that won the most Academy Awards.  Being a favorite player is completely based on a random process where each viewer has a certain thing they like about people and certain things they don’t.

Caleb may be in the running for America’s Favorite, and I wouldn’t be upset if he won, but it will likely be because of his intangibles and personality rather than whatever he did in game.  We all know he certainly didn’t do a whole lot in game to win an award like that.

Donny will likely win America’s Favorite, and he’ll probably stand next to either Zach, Nicole or Caleb before Julie finally reveals the winner. It’s not because Donny was the best player in the house, it’s not because he won a certain amount of competitions, it’s simply because he is a kindhearted person who stuck true to himself throughout the entire season.  He loves the game, tried his butt off, but wasn’t given a big chance being thrown in the house with a bunch of 20-somethings.

Moving on… double eviction tonight. Likely no campaigning this afternoon (unlike last week), so it’s doubtful I’ll start a live feed thread.  I will put out my predictions and then we’ll get rolling on hopefully an exciting episode tonight!  Have a good Thursday. Weekend is almost here!