Travis
Evicted
Home » Big Brother 19 » Do We Hate The Player Or Hate The Game?

Do We Hate The Player Or Hate The Game? 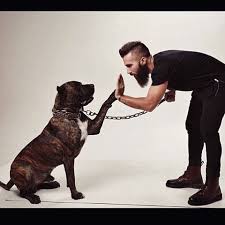 Editor’s Note – Though Mell is a long time commenter on the blog, she is a new contributor to Big Brother Junkies!   I asked her to do occasional editorials because I love hearing opinions from other Big Brother fans and not just listening to myself ramble. While I really don’t need to remind people here because our comment section is pretty damn awesome, but please treat these editorials like you’d treat a guest.  We already have another down the pipeline from her ready to go, so I’m excited to see what else Mell can bring to the site! With that said, here is her first piece…

The feeds have been a hybrid of Lord of the Flies, the Stanford Prison Project, Bad Girls Club, the Salem Witch Trials and a dash of Cesar Milan. Is all behavior ok and is it always considered strategy? Do we excuse some behavior when it’s a player we like? Do we hate the player or hate the game? 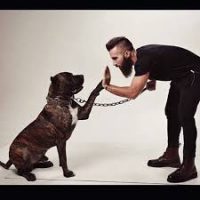 When emotions run high, things (facts) get jumbled together. Viewers do it too so I can see how it happens in a pressure cooker like the BB house. I’m not saying I approve, I just see how it evolves. The personalities are what make the perfect storm. The only strong willed people in the house for me are Paul, Cody and Jessica. You need followers to lead. Paul couldn’t do what he’s doing if the house was full of Jessicas and Codys. (Kevin and Jason are strong minded but are old enough to not need instant gratification they way Cody and Jessica do)

Bully is the word of the week and for some, whoever you don’t like is the bully. I don’t like Cody but is he a bully? The house and some viewers have lumped all sorts of evidence together to prove Cody was a bully first. Cody definitely insulted Josh, he also told Megan “I don’t like you.” He has made some political and personal statements about his views that make people scratch their heads. (The man says he wants to “breed” for crying out loud) He did call Paul a loser and a character on a tv show. He did come back into the hoh room to confront Paul when Paul insulted him and his voice was definitely raised on that and some other occasions.  How does that make Cody a bully. When he insulted Josh, Josh came to him. Cody said not to talk to him and Josh was having none of that. Josh was severely insulted but when was he attacked? When did Cody actively pursue Josh through the house to harass him? When was Megan attacked? (other than by Josh and Alex) Paul was also insulted but it was during an argument and the insults were flying both ways. Cody didn’t charge at Paul that day. He came back into the room to finish it since Paul didn’t appear to be done. Paul followed Cody out after he left the hoh to keep it going. Loser vs emotional p*$$y? Which was worse? It really doesn’t matter which was worse because it was an argument (one which Paul provoked for strategy and it was clever) and that isn’t being a bully. Neither is the laundry list of things many of us don’t like or have been offended by that Cody has said. This is where things get lumped together. Not liking the person or what they appear to stand for doesn’t make them a bully. It makes them unlikable.

Cody is one of the worst players that I’ve ever seen and I’ve made jokes about his crazy eyes and the possibility of him killing everyone while they slept. They were jokes. What’s he actually done other than be a bad player, rude person, insult people, go against Paul, not consult his team before his big move and argue with people when they’ve argued with him? Mark came closer to something violent than Cody, Alex beats the shit out of Jason daily and Raven & Matt beat on each other for BBAD often. (her timing is no coincidence either)

The simple fact that the house is grasping at straws says a lot. The best they’ve come up with is that Cody is taking someone’s jury spot away. Why is it theirs and not his? Oh yeah, that’s right…because Raven is uncomfortable around violence because of her past. #1-What violence? and #2-She sure beats on Matt a lot for someone who can’t handle violence. It’s really because they don’t know how to get Cody out of the game by playing the game. Make no mistake, Paul is rattled at this point. He was already making a desperate play and the person yelling over the wall last night made it worse. His tirade about how he has the power since he won hoh and pov was a huge tantrum. (“As someone who’s played before,” he of all people should know that by the yesterday afternoon, he ain’t shit this week)  We started to see Paul try to convince himself, us and the other hg’s that they had no choice and were practically performing a civic duty. Since we all know, Paul’s done this before, he knew he couldn’t say that he was edited wrong. (He’s a little familiar with us feed watchers by now) He went with something else instead. When alone talking to himself, but he’s really talking to us he said (and this isn’t word for word) that what we’re watching isn’t exactly what’s going on in the house. Ummm, ok Paul.

He’s still running the show for now in spite of having no power at this point. It will be interesting to see if anyone woke up this week or if they still have vacation plans at the jury house.

BB allowed yesterday to go on for hours in spite of 2 major rules being broken multiple times. Jason says many of the same types of things Cody does in regards to sensitive subjects but I don’t hear people screaming for him to leave. So again, do we hate the player or hate the game? Maybe both – maybe neither.