Editorial: The Mob Has Taken Our Joy 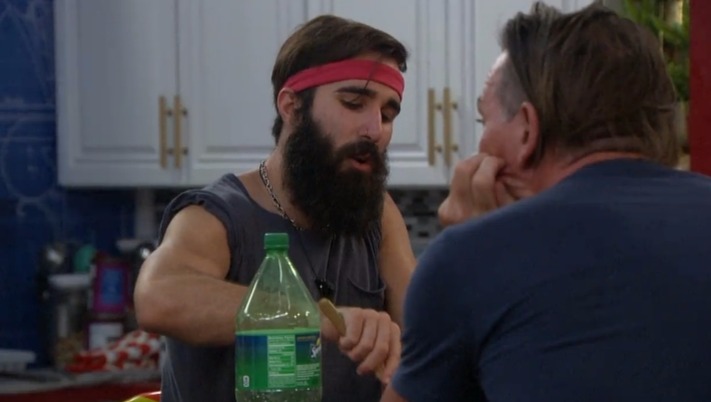 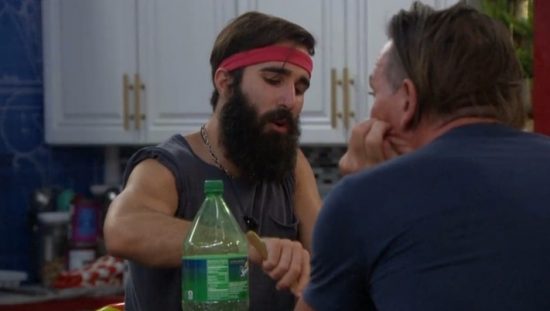 Editor’s Note – This piece is written by Derrinick Kramer. He did it awhile ago but I haven’t had a chance to post it. Any references to players who have been evicted in the current tense is my fault for not posting it sooner! Thank you for your piece, Derrinick!

The Big Brother (BB) 19 house has been crazy!!  I am a huge BB fan and this is the joyful part of the summer where I can watch a reality show without feeling too guilty.  Usually, the different strategies used by the houseguests incites respect, but this year it has only soured my enthusiasm.  BB19 has been wrought with groupthink and self-preservation cultivated around one detestable activity:  Bullying.  After watching these episodes, I have a few questions all BB19 viewers should ask themselves:  Is this entertaining?  Does anyone think this is fun?  Is this behavior even necessary?

First, let us acknowledge one thing:  These people are under intense stress due to their circumstances.   It is a pressure-cooker.  Their every move is broadcast live to the public and they do not have diversions (family, friends, jobs) that could ground and direct them away from this bullying pitfall.  There is no privacy; nowhere to hide like there would be if this kind of behavior was displayed elsewhere in our society.  It is not just the everyday garden-variety bullying.  The behavior that has been taking place in the BB19 house is outright mobbing, which is defined by the foremost authority on the subject, Bullying Online (BullyingOnline.org):

“Mobbing” involves a group of people whose size is constrained by the social setting in which it is formed, such as a workplace. It might seem to the target as if many people are involved but in reality, the group might be small. The group members directly interact with a target in an adversarial way that undermines or harms them in measurable, definable ways.

Someone needs to step up and break this cycle to save the season; maybe even all BB humanity.  Although targets are an expected part of the BB game, mobbing is not.  We all know that Paul is the pied piper; the alpha; the omega.  What he says is law, and his actions (and subsequently the actions of others) is purely for his own gratification.  It is so depressing to watch people literally throw away their own games just to curry favor with the cool kid in class.

Sound familiar?  I know the houseguests are not allowed to watch television, read books, etc., but it is almost like Paul is visiting the Bullying Online website and using it as an actual roadmap to $500,000.  How many times have we watched Josh bang those pots and pans this season (Pauls direction)?  It has been disgusting.  Paul may be the ringleader for now, but the truth of the matter is that if he were voted out tomorrow, I am not sure the mobbing would stop.  Alex (more than any one), Christmas, Jason and even Josh (although I’m not sure how long anyone would follow him) have all shown a willingness to take the leadership torch and run with it if need be.

Alex has been so drunk with power at times she openly admitting to harassing Mark about pillows (yes pillows) just for the fun of it.  That is why things are probably not going to change for the BB19 crew.  The target will vary based on who the leader wants out next, but it seems the method will not.  While working their plan on Cody and Jessica, the group was already planting the seeds for future targets Mark, Elena, and even America’s cool grandpa Kevin.  Hell, things got started early on when the entire house turned on Megan, prompting her PTSD from an earlier sexual assault to be triggered, which ultimately led to her voluntary exit on day 8.

If we play devil’s advocate, we can say that Cody is a jerk that caused his own misfortune.  He tried to backdoor Paul who was in his alliance and it backfired.  We can also say that Jessica is a raging narcissist who is only concerned with herself.  I do not even particularly like either one of them (game wise) and certainly was not rooting for either to win, at least in the beginning.  Then, the mobbing became so bad, and the season so mundane, there was no other choice but to hope one of these two won head of household (HOH) so they could shake things up.  Vilification is easy, because neither took the time to bond with their housemates or have many civil conversations.  Jody (Cody and Jess) even initiated some of the drama themselves.  Unfortunately, this behavior only tends to justify the means when it comes to mobbing.

The beauty of the mob is that the target is always wrong, the mob is above reproach.   Every time Cody or Jessica tried to talk rationally to one of Paul’s minions, they were shot down.   Once Cody and Jessica were gone, Paul was on to Mark and Elena.  It will not stop unless someone drinks some Brave Juice, or Paul wins this game.  We have watched Paul direct several people to start arguments, produce fake tears, and outright harass targets who have directly endangered his game.

The main reason a psychopathic chief bully gets away with his (or her) behavior repeatedly is that no-one wants to believe that s/he could be the monster s/he is. This is also the reason that many pedophiles and wife-batterers evade accountability and sanction for years, often decades. They appear so charming and plausible to naive, unenlightened and inexperienced people – usually those who haven’t experienced bullying themselves. (Bullying Online)

This seems like Paul-bashing, but a spade is a spade.   His return this season was as exciting as one of his over-produced diary sessions.  It is disappointing that things have played out this way.  All we can look forward to in BB19 is watching Raven try to garner sympathy by stating that her pinky finger being smaller than her other fingers is an ailment she needs to overcome (that’s a joke of course).  I’m so bored I want to start a drinking game based on how many times Josh says “MOHMEEE!”

These “characters” had potential.  Despite the mobbing activities, I do not believe these are bad people.  My traditional preliminary excitement for hook-ups and alliances is gone.  I wanted to watch Elena use her vast cleavage to further her game!  The beauty and physical prowess of Christmas was initially intriguing as well.   Mark has a good look, Kevin is an interesting character, and Jessica is an absolute knockout.  BB19 had all the makings of an enjoyable spectacle.

God, I miss the old BB.  The best part of the show is being entertained and annoyed at the same time by the colorful characters.  Where is Dan’s (season 10 & 14) unabashed lying?  Where is Ian’s (season 14) cunning intellect?  Where’s Dr. Will’s (season 2 & 7) … well Dr. Will-ness?   Logic shifts and complete 180s do take place, but usually only when a person needs to save their game.  Like in season 13, Shelly had to escape Jeff’s control.  If she was going to have any shot of winning, she had to vote him out on double eviction night.

This mobbing thing has put a stain on the entire season.  Everyone is flawed, and most have been cowards.  This is more boring than when the players handed Derek $500,000 in BB16.  It is the most morally bankrupt season since the racism scandal in BB15.  The double-eviction episode this past week was especially nauseating.  THERE ARE NO REAL ALLIANCES!!  There is one group, you are either in or out… and almost everyone thinks they are in.  The amount of faith that most of the houseguests have in Paul is baffling.

For instance, Josh told Paul that it would be an honor to lose to him.  Also, Matt even used the Power of Veto on Jason, while they were both on the block, yet wasn’t voted out for being an idiot.  I can’t say this enough…This season is the worst!  I’m watching this train wreck just hoping for some temptation, some mishap, or some overt cheating ploy by the producers to change the direction of the season!!   Again, I just do not think it is going to happen.

This is not a scolding from my morality mountain, because everyone has been guilty of mobbing atrocities at some time in their life.  For instance, a few years back I retweeted a post from one of my favorite podcasters that promoted his newest episode.  I enjoyed this person’s content and always looked forward to a new offering. However, soon after my post, two people on my timeline saw this retweet and began some disparaging banter about this person.  Before I even had time to think, I deleted the tweet and unfollowed the podcaster.

It took about 15 minutes of processing before I truly understood the error of my ways.  I was willing to toss this guy aside and trample my own entertainment and joy just to be “in.”  I didn’t even personally know or have a fleeting respect for the detractors.  Even though no one knew what I had done, I was ashamed and embarrassed.  The sad fact is, most people do not ever come to that type of realization when they are engaged in mobbing behavior.  That is why nothing is going to change in BB19.

The questions I had earlier do have clear answers:  This season has not been entertaining.   There is nothing fun about watching people suffer.  Lastly, alienating any law-abiding citizen for any reason is not necessary.