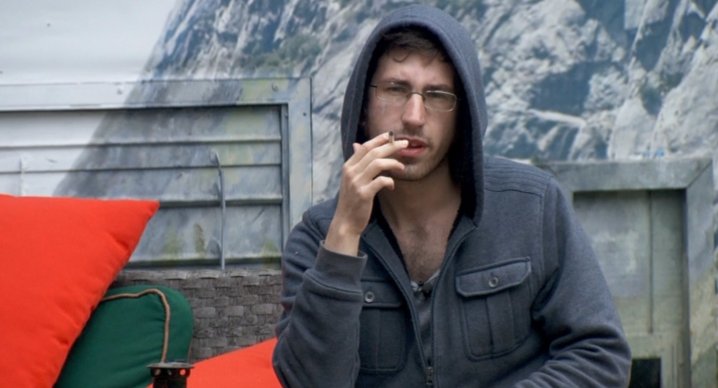 Happy Wednesday, everyone!  In just a few more hours, we will be down to 11 in the Big Brother house. The big question is, which 11 will that be?

It appears America has all the power this week, and surprisingly that isn’t automatically going to the Jason fan club.  Many unofficial polls have Monte and Danielle at a dead heat. I honestly thought anyone on King Jason’s side would be guaranteed safety if it came down to America voting, but this week is throwing me off. Perhaps Scott’s speech inside the live DR session last night made an impact on the voting, or maybe people are just sick of Danielle in general. Either way, it’s going to be tight.

I have been saying it since Saturday that Danielle (and a lesser extent, Kryssie) have been manipulating the house against Monte. Danielle was the one who too Monte’s comment about Justin stealing his clothes out of context and turned it into Monte being a super racist, and Kryssie joined in and helped Danielle by trying to say Scott was the person spreading the rumors. In full context, Justin has been VERY open about his run-ins with the law, saying he has been arrested 10 or 11 times (nothing stuck). He has also mentioned he’s been shot at multiple times.  Needless to say, Justin has had a life not many people can understand, but again, he’s been open about it and jokes about it. Now, when two of the plastics were wondering where he got his clothes, Monte joked that he probably stole them.  He said it was probably one of the reasons he was shot at.  He then said he was only kidding and bet Justin designs his own clothes because he thinks he’s an incredibly talented person.

Fast forward to last night, and after everything has come out, Scott must have also learned that Kryssie was the one who was trying to make it seem like Scott was hinting Monte was racist. In the live DR session, Scott explained that he understands the game, and understands people try everything to get a leg up on others. That is normal, and pretending Scott was trashing Monte would have been fine under different circumstances.  However, he was pissed how Danielle and Kryssie painted Monte as racist and a homophobe because that goes beyond Big Brother. There have been quite a few people who have had their real lives turned upside down for the way they acted on reality shows.  Look at the treatment of the clown crew of Aaryn (yes, her comments were far worse), GinaMarie, and Spencer.  Look at Christine who was indeed flirty with a guy, but was absolutely trashed in public for flirting on a game show with $500k on the line.

(note about Christine – It was also pretty shitty how she was destroyed for simply flirting – not even a kiss – yet Cody got away free without being labeled a ‘homewrecker’.  We all know if Cody was the married one, he would be bashed a bit, but Christine would have also been labeled a homewrecker because of double standards)

Enough ranting, here are some updates today.  I have to pause for a few hours around 1pm BBT because I need to attend a wake.  I will most certainly be back in time for the eviction