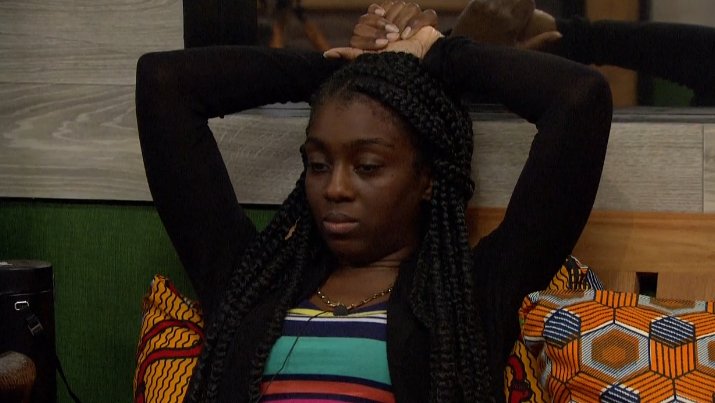 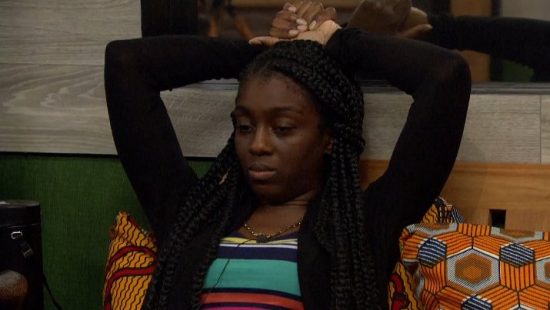 I gotta give Paulie credit for his gameplay. There, I said it. He may be annoying as hell, and a horrible ‘showmance’ who treats Zakiyah like shit, but in this group of very mediocre players, the less mediocre Paulie is  clearly rising above the rest. Just the last few weeks, he was able to exploit the Frank/Da’Vonne feud to his advantage by getting rid of Tiffany, Frank, and now Da’Vonne. Those are 3 of the few remaining players who actually have a clue what is going on in the house, and he was able to do it with very little blood on his hands. Not that the blood matters at this point, because Tiffany and Frank are sitting at home, and Da’Vonne may be joining them soon (I am not convinced they’re in jury until Julie confirms it with them).

Either way, Paulie has been the leader of the misfit toys and has any real threats he had in the house will be walking out the door tonight. Who is left? Corey and Nicole?  Please. Corey and Paulie are ‘boys’ who think they have a f2 deal, and Nicole will be strung along with them.  Paul?  Nope, he also thinks he has a f2 with Paulie. James? Not a chance. He may be the last player in the house with situational awareness to recognize Paulie is controlling the game, but he has no numbers even  if he wants to try something. Right now it’s Paulie’s game to lose, and that speaks volumes for just how bad this cast is.

This week is a good case for Paulie’s game. He managed to pull a Derrick and allow Paul to do all the dirty work, and used Paul’s ego that he is the best HoH who ever lived. Paul has had this major delusion that everything will run smooth under his reign, so he has focused on trying to keep everyone happy, even if that meant lying to his ally (Da’). He has preached on and on about integrity and friends over money, all while lying straight to Da’Vonne’s face about her safety. This is the type of behavior that loses you votes in the final 2. Nobody likes when their closer allies in the house blatantly lie to them. James is also in that boat, as he has assured Da’ he is not only going to vote for her, but he’s going to try to encourage others to do the same.

Paulie? Nope. He’s essentially avoided Da’Vonne this week and openly spent more time with Bridgette as his way of saying “Sorry, Da’, but I beat you. Deal with it”. That is the type of move that veterans eventually respect, and are willing to cast their votes for at the end.

I don’t want to keep praising Paulie’s game, because I think in a house full of actual intelligent players, Paulie would be squashed within the first 3-4 weeks, but I’m giving credit where it’s due. He is currently the favorite to win it all, and second place isn’t even close right now. He may treat women like shit. He may use the word “100%” in 100% of his conversations. He may be turning into a clone of Paul for some odd reason. But the fact remains, be prepared to see him $500k richer in a month.

This is a quick, proofreadless post, so if there are typos, blame the dentist. I have to go and get some work done in 40 minutes, so I’m not only rushing, but I’m a bit nervous.  However, I’d rather deal with it now than deal with a toothache during vacation.

What do you think about Paulie’s game so far?  Be honest, and try to remove his actual personality from the equation.

Oh, and people have asked because there have been a million references to a double eviction week – This is because the yard was shut down super early this week (Tuesday), so the house is purely speculating that they are setting up enough competitions for a double. Typically, we as fans are told in advance, and I certainly haven’t heard it, so as far as the rumors go, it is just because the house is almost certain there will be one tonight.  I personally think there not only won’t be, but I also think we’re going to have a 7 person jury and those who think they’re heading to jury tonight and need week are going to be disappointed.  I just can’t see a reason why Julie hasn’t confirmed the group has made jury like she does every single year.