My Experience As An Audience Member Of Big Brother 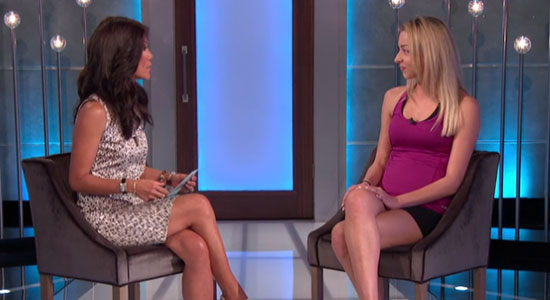 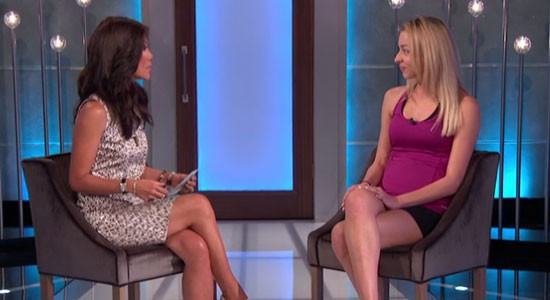 Every year, CBS runs a sweepstakes to the bloggers, writers, podcasters, etc who talk about the show. The winner gets a trip down to LA, hotel, limo, and best of all, VIP treatment in the studio audience of a live taping of Big Brother. This is a fantastic sweepstakes, and it shows how amazing CBS is to do something like this. People may have scary images of ‘sweepstakes’ where it’s hyped up, but they show up to a dump, but not this. CBS is first class, and those who handled us were absolutely incredible. This is a much deserved shout-out to not only the station, but the people behind the scenes running all the little things.

Now, to my experience…

My wife and I took the limo to the CBS studios, and pulled into the lot. This is when things started getting real… until they rejected us because we weren’t on the list.  Oops. The driver took us to the wrong entrance. We turn around, drive down the street a little more and get into the correct entrance. Whew.

Cameras and phones were strictly off-limits, so I literally have no pictures of this experience, so I’ll try to be as detailed as I can remember.

We were escorted to the VIP entrance where we saw a huge line of people who I assume were standbys to get in. As I learned from my WB tour, this is quite common and standbys are forced to stand around for a long, long time hoping to get in (and usually don’t). Credit goes out to them for standing in that heat for so long. True dedication.

Waivers were signed so we could be allowed on TV, and they took a picture of me holding my waiver number. Really thorough. But, we cruised through that and were put on the back of a golf cart to the actual studio. Through the lot, we saw a bunch of buildings, but this mostly looked like production type of buildings from all different shows. There wasn’t a huge amount of filming buildings, so at best we would have been lucky to run into a writer from a sitcom. However, I knew where we were when we approached a large building and I saw the fence that tops the Big Brother back yard. You actually never see the fence on feeds, but on top of the wall is an even higher fence for privacy.

Before the show, we were told to wait in the green room, and there were a few other people there. Nobody I recognized (except the other sweepstakes winner), but I’m pretty sure there was a former houseguest in there, who very well could have been Ragan Fox from BB12. I’m embarrassed for not recognizing him, but BB12 was a tough year where I didn’t get to catch much of the show.  I could mostly tell because the producer was in the room chatting with him, Julie Chen gave him a wave, and they (him and his guest) were allowed to zip off into a different area we were escorted out to at the end of the show.

The green room was pretty cool, with a bunch of Big Brother posters on the wall including one with the zingbot replacing George Washington crossing the Delaware. Then, the door opened and in came Don Wollman who is another producer of the show, and also the voice of the person calling people to the DR, or saying ‘Stop that’. He was a fascinating person with some incredible stories and allowed us to ask any question we wanted. I forgot the specific questions of the other people, but some things I learned from him answers:

After talking to us for awhile, we were told it was time to head into the studio, so Don left and we left the green room, and there it was… the studio I see every week. The door leading inside the Big Brother house. And a massive amount of camera / lighting equipment. The stage was completely empty, nothing was on the TV’s, and you could hardly tell it was for Big Brother (unless you were a fan) until near the beginning of the show when they turn on the TV’s with logos.

We took our seats (because I was chatting with Don so long, I got third row back while the others grabbed the front rows, but I didn’t mind, I enjoyed my spot, and especially enjoyed my chat with him). Then the rest of the guests came on through a different entrance and filled up the remainder of the audience. There was only 80 seats, so it is much smaller than you’d realize, and the stage is also fairly small.

Another producer of the show came on stage to warm us up a bit. This was pretty entertaining as he’d call random people up on stage to do stuff. At one point, he had 5 guys up on stage to do a dance-off for a t-shirt.  The final guy randomly pulled up a girl from the audience to join, so the producer gave it to the girl. He joked that now the guy has a reason to talk to the girl after the show. It was good fun and the guy was great.

He also took a poll on who we think would win. Quite a few of the guys got some cheers (even one for Jason, which made the producer laugh and say ‘well, we know who isn’t watching the feeds’). Johnny Mack got the loudest applause for the guys, and Vanessa got the loudest overall applause. I think Shelli got some cheers, but almost every other girl got complete silence. Ouch.  He said he has asked this question every week, and have had the same results every week. Apparently, fans think Vanessa or Johnny will win.

We were also told the basics. These are real people in the house with real emotions.  Whoever gets evicted, show respect. Don’t do anything like boo the person because that’s really just a mean thing to do. Also, going to and coming back from commercial, be as loud as we can. There are only 80 of us, and we needed to make it sound like 200 (note – I lost my voice). He half-jokingly pointed out how there are a ton of people waiting outside to replace us.

The moment then came when Julie Chen walked on stage.  She got a huge ovation and looked absolutely beautiful in person (not that she looks bad otherwise). She stood there as they did some last minute touchups to her makeup and hair, and then we did a quick practice run of the opening segment. It was such a surreal moment when the crew kept counting down the minutes that it didn’t even register everything that will happen on that stage will be watched by millions of people in only a matter of minutes. And, that I could be on TV (and I was…)

Between commercial breaks, the producer would come on stage and have a quick chat with us about the show. That was a really cool touch. It felt like he said it would, a Big Brother viewing party rather than a studio audience. He’d talk about Austin’s ‘Slash’ hat, and crack a few more jokes to the person who thought Jason could win it all.

The most awkward moment of the night came with Julia. The producer told us that she has been left completely out of the loop since the nominations. The only thing she knew was that Liz was nominated and there was a strong chance Julia may be going home instead of the house. So, he told us when she comes out, do not show any reaction. No applause, no talking, nothing. He did not want to spoil the surprise for her until Julie told her the results.  This made it incredibly uncomfortable when they brought her out on the stage, she sat down and smiled at us and got nothing. Complete silence. She clearly then looked mortified and likely thought we hated her, so she stopped looking at us and waited for Julie to come on stage.

The show was just about wrapping up by then, but during the commercial break, Julie said stuff into the mic to see if the house could hear them. After a few tries, it worked, and we were back live.  This is when she told them about the things that went down to keep hitting them, and told them to have a nice night.

After watching Julie work, and handle being on live television so flawlessly, I have gained an immense amount of respect in not only her, but the entire crew that puts it together. It was a once in a lifetime experience, and I couldn’t be a bigger fan of CBS and Big Brother than I am right now. I am still in awe of my last few days, but it is one that I will absolutely never forget.

Thank you all for reading, and also for your support of my trip via donations or just general comments wishing me well.

Again, for the LA part of my trip, follow this link