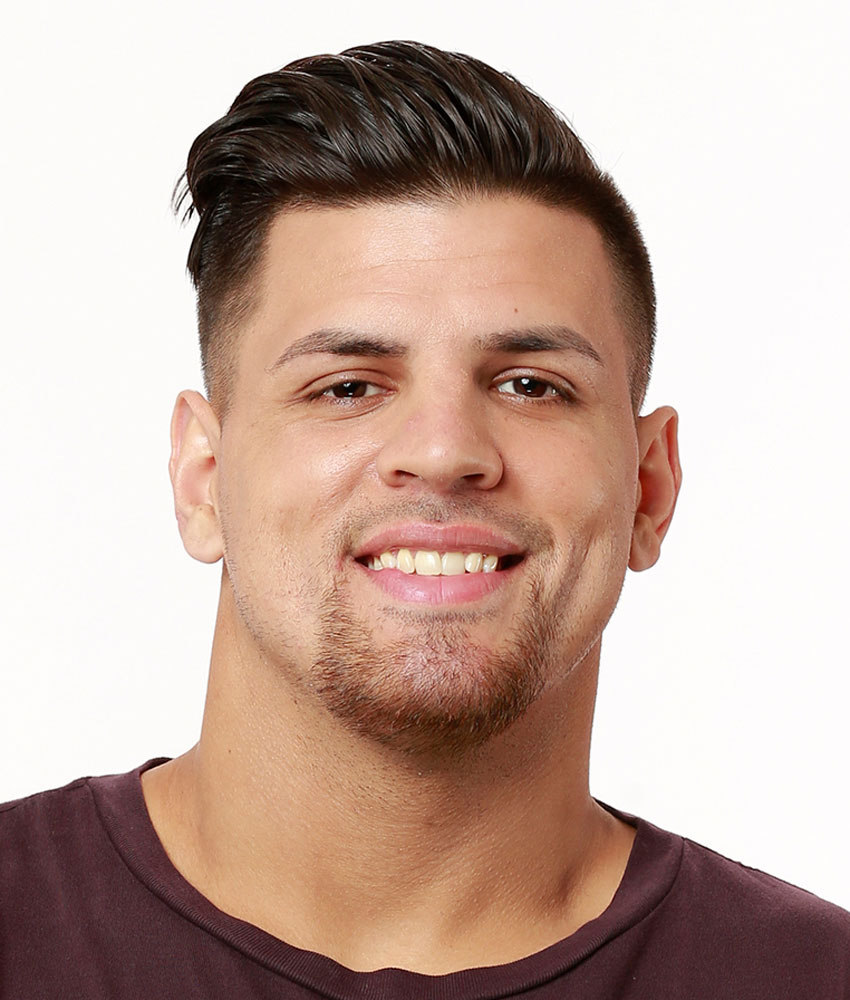 Faysal Shafaat is a former college athlete who hoped to make it to the NFL, but instead, he made it to the clink… 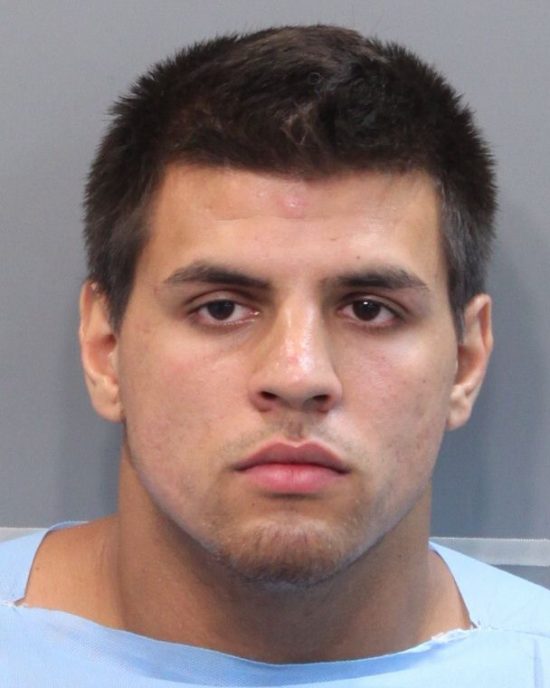 Poor guy. Turns 21, hits a few bars, and next thing he knows he’s behind bars with public intoxication and indecent exposure!

As a joke, they should totally put that as his memory wall picture just to see what he says.  Seriously though, I almost feel bad that he has his mugshot plastered all over the internet for something like public intoxication.  I’m not sure what he did for the indecent exposure charge, but it’s still relatively minor charges compared to a certain NFL player I used to root for… 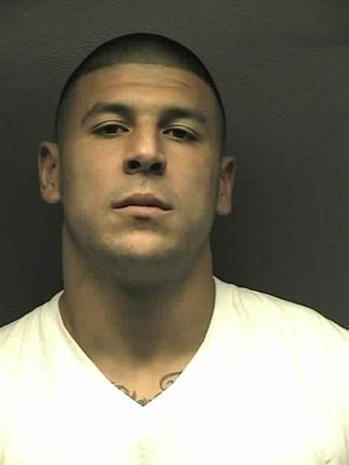 Still too soon. Why did you do it, Aaron? Why??  I wanted to see you and Gronk dominate the NFL for years!

Ok, back to Faysal (or Shawn based on his arrest log). I think he’s going to instantly mesh with the ‘cool’ side of the house and may actually be like the person he likes (Victor). He’ll probably be a big target and get nominated a lot but possibly save himself depending on the comps. His stay in the house should depend entirely on the type of comps are played with his situations in the house. If the physical comps all coincide with him in trouble, he’ll stick around for a bit. If they’re luck based comps, he may not even make jury.

One thing I fully expect is for him to be in the thick of anything going on in the house both good or bad.

Three adjectives that describe you: Joker, hilarious, and confident.

Favorite activities: Music, food, and working out or playing sports.

What do you think will be the most difficult part about living inside the Big Brother house?
I guess missing and not having communication with family.

Which past Big Brother cast member did you like most?
Victor Arroyo! He played every challenge like it was his last and won his way back in multiple times.

Do you have a strategy for winning the game?
Finding a loyal person or two. Use my social game and let my physical gameplay show at the end more than beginning. Don’t let the other Houseguests know I’m a powerhouse from Day 1.

My life’s motto is…
Everybody dies but not everybody lives. Live every day like it’s your last.

What would you take into the house and why?
– iPod.
– My dog, Cooper.
– Stuffed-crust cheese pizza.

Fun facts about yourself:
– I wet the bed until the age of 10, which helped me be skilled at laundry at an early age.
– I secretly love Taylor Swift. I’ll listen to her while I work out and my favorite line is, “It’s a love story, baby just say yessss.”
– I have a blue-nose pitbull who’s my world and I treat him like my child.