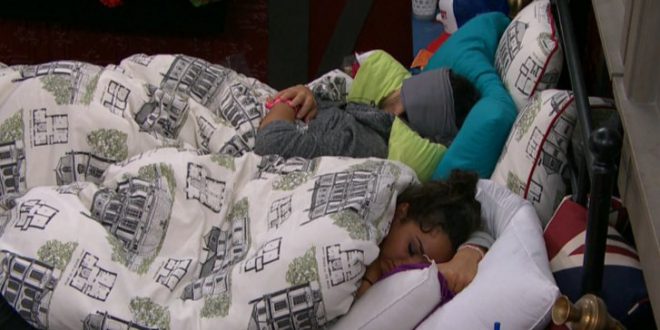 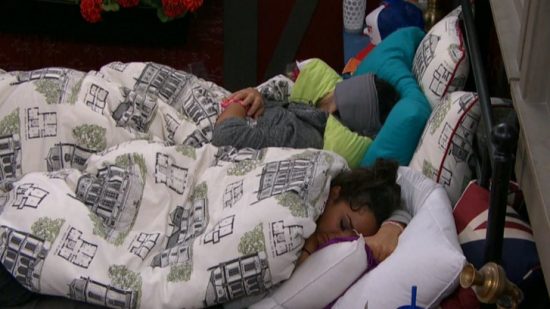 You may not remember because it happened so quickly, but Victor and Paul were aligned with Nat, James, and Michelle to take down Paulie and were set to go after Corey and Nicole leading them into a final 5. I actually don’t remember it a whole lot because it happened the week I was away, so I didn’t get to watch the feeds and see the ridiculousness of that move play out in real time. James and Natalie have been floating through the season, and their lack of commitment to anything but each other is coming back to bite them hard this week as James learned last night.

His attempt to sway Victor away from NiCorey failed hard, as Victor was pretty blunt about his intentions this week, just as he’s been all season long. James is the target, and James needs to win PoV in order to remain in the game. If he does win PoV and saves himself, Natalie will leave. With the bribe securing their alliance a few days ago, I can’t see anything happening in the house that would change the alliance between Pictor and NiCorey.

While honesty is not something commonly associated with the Big Brother house, Victor is trying that approach and so far it’s worked for him. It will most certainly pay off if he’s in the final 2 as there is about a 99% chance he’ll win against anyone remaining in the house right now. He’s played hard, he’s played honest, and he’s made big moves. Not only has he been able to come back twice, but if he gets James out this week, he’ll be able to say he got out both people primarily responsible for his evictions. Paulie was the HoH and PoV, and the guy who pulled the trigger on the backdoor plan, and James was the swing vote who could have saved Victor just a week after they worked together to take out Paulie.

When nominations happen later today, don’t be surprised when you see James and Natalie on the block

Ok, with that, bed time.  James is speculating it will be the comic book challenge tomorrow for veto. Of course, if he’s wrong, it wouldn’t be the first time he was wrong this week, but they do love that challenge, and it hasn’t been played yet this year. If that is the case, it will be a long veto comp (5+ hours), so we won’t be finding out James’ fate until tomorrow night. He claims he is going to throw it because he doesn’t want to be put in the situation of taking himself off the block, or deal with the mocking that comes out of taking someone else off the block only to be sent home. That is on the level of being sent home on Survivor with the immunity idol in your pocket.

That said, I can totally see James playing up the martyr angle and saving Natalie with the veto. He knows his chances of winning BB this season shot down to about like 1% the second Victor won HoH. He is going to push very hard to make the clips this week with pranks or doing things like saving Natalie.  That $25k prize for America’s Favorite is a sweet consolidation prize he really believes he can get (and he’s probably right).