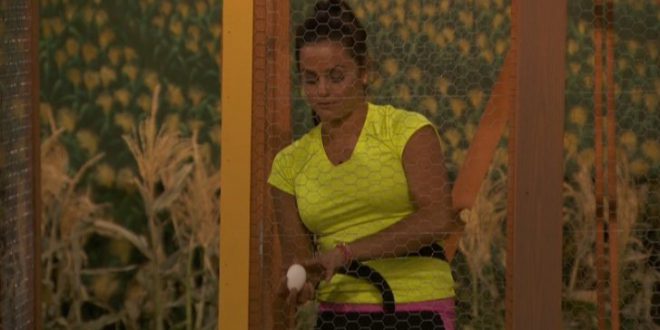 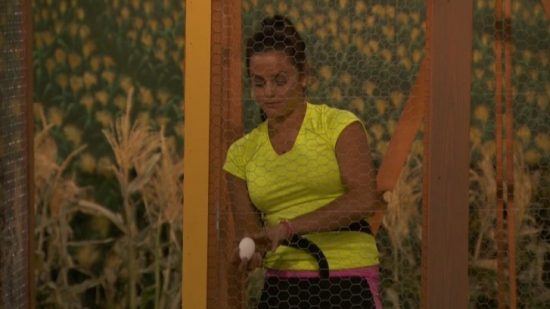 Well, that was an awkward exit. One thing Michelle did say yesterday was that she was going to blow up Nicole’s game if she’s evicted. While she certainly made that attempt, it sounded more like she had just come home at 3am after a night at the bar and was trying to tell the house a story nobody wanted to hear.  She said something about Nicole is floating through the game, people need to go after her, and something about Dan Gheesling’s cousin before taking Paul’s blowup pelican and walking out the door. Nicole told James by her saying that was the justification she needed to get Michelle out this week, as Nicole was clearly Michelle’s target. Michelle just sounds very bitter that Nicole beat her to the punch.

I was just about to rant about the HoH competition not being shown, but at 7:40pm, they came up, so let’s get to some updates..