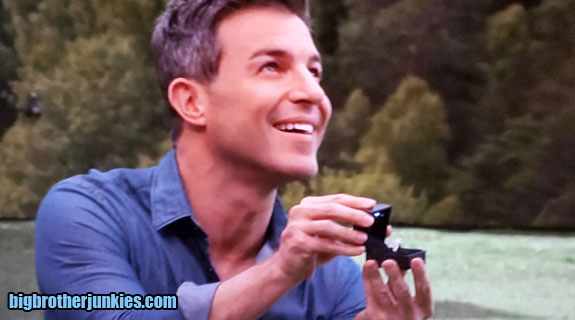 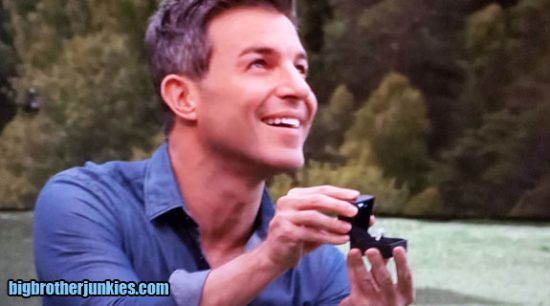 There is not going to be any live feed updates today.  There is only so much I can take watching 4 guys sit around a house chatting about nothing, so I needed a little break. Don’t worry, feed updates will resume per normal tomorrow until Friday. I will be home on Saturday night, so I can update any BB news that happened in the house, but then I am going away for a few days.  I’ll likely be able to bang out an overnight recap in the morning while I’m on vacation, but I won’t be able to live update from Sunday until about Thursday.

Also, as the season is winding down, be sure to follow my personal facebook page for any updates on new blogs or anything going on throughout the winter.

So, the nomination episode had a lot of time to kill… and I mean a lot.  What you saw with the guys sitting around talking was pretty much the house from Thursday night until nominations, and the conversations were mostly random and non game related.  I don’t think it was ever explained tonight, so you’re probably wondering what the button was all about if you missed Thursday’s show.  Well, if the button is pressed, on Wednesday’s live show, Julie is going to tell the nominees they’re both safe and the house essentially has to redo the week… with the only difference is Derrick will be able to play in the HoH (according to sources).

This  means the HoH competition was fairly meaningless, though the players didn’t know it.  Frankie and Caleb destroyed the competition until the end when Caleb dropped a ball he was supposed to balance on a shovel and that gave Frankie an easy victory.  Another day, another competition win for Mr Grande.

The doorbell rang, and former houseguests Jeff and Jordan entered the house to pretend there was a luxury competition.  When Jeff took Jordan out back, he proposed to her, what seemed like their entire family came out to celebrate and then some country musician played a song for them.  Considering the Jeff and Jordan segment took about 20 minutes of the episode, that’s how little there was to actually put into the show.

The celebration finally ended, and Frankie had to put up two nominees who are really going to be safe this week.  He chose everyone’s favorite punching bag, Victoria to sit up against Cody.

I did almost forget, at the beginning of the episode, they did show the house reaction when they heard the boos for Christine on Thursday night.  Cody doesn’t think he did anything wrong, but they did piece together it likely had something to do with her snuggling with him.  Although on the feeds they gave out numerous other reasons why – like they speculated Christine trashed the entire house in the DR and was the evil dick of the season.  That is actually their running theory, but to push the narrative along, CBS aired the discussion about Cody and Christine.

There is an episode on Tuesday night and the live show will be on Wednesday this week!

Check OK! Magazine for more of my Big Brother recaps