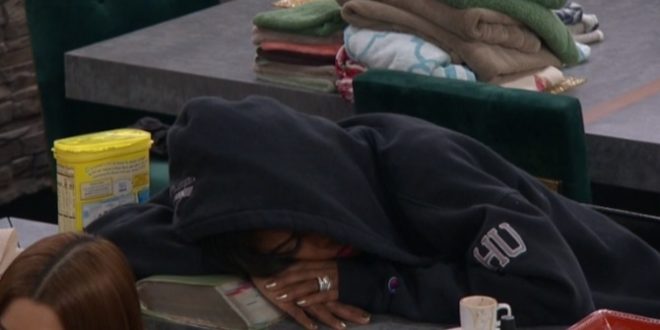 How You Feel After Listening to Marissa For 3 Weeks 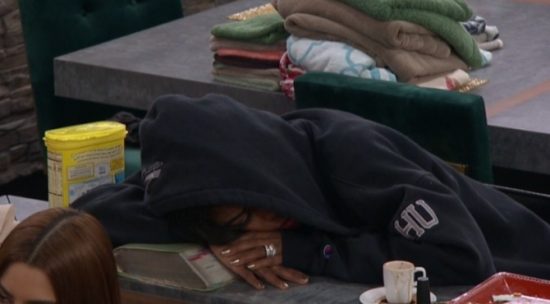 I’m going to say it. One of the biggest issues with Celebrity Big Brother so far has been Marissa. Well, that and a bunch of quitters.

I don’t even feel right pushing live feeds on people because whenever you turn on the feeds, there are 2 cameras on Marissa talking. Now, that would be okay if she was actually saying interesting stuff, but she’s not. It’s just general chatter all…day…long. I am beginning to understand why Metta wanted to leave. I’d probably go crazy in that house as well.

If you don’t have access to the feeds, picture this. Paul after about 4 coffees and running from room to room to actively find whatever cameras appear to be filming. You have now been given a taste of the Marissa experience this season.  You’re welcome!

Regarding what is actually going on in the house – nothing. Like most days, the houseguests are sitting around the kitchen trying to talk whenever Marissa stops to take a breath. I’m pretty sure the PoV will be played later on today, so if it is, I will post the results of that.

Another topic – while checking the news yesterday, I saw the topic “Julie Chen says Celebrity Big Brother could become an annual event“. While technically true, the keyword from that is “could”. Here is the actual quote:

I wouldn’t rule it out! Who knows? It’s definitely possible. With these ratings, it did what we hoped as opposed to running repeats of the current slate of shows. It all depends how well all the shows on the air are doing. But don’t forget, B.B. takes up a lot of real estate on the prime-time schedule. We are used to having at least three nights to air in a week. CBS is known for having a strong schedule of shows year round so it’s hard to say right now what will happen next winter.

Translation – Celebrity Big Brother was something we ran during the Olympics because it makes us more money than repeats. There is virtually no chance that Big Brother will be back next winter because the format of the show takes up way too much of the weekly schedule. While I’m certain that Big Brother could beat out shows like Man with a Plan, we would have to completely change the format and only show one episode per week because it cannot beat out other shows like Big Bang Theory or NCIS.

So, you’re telling me there’s a chance??