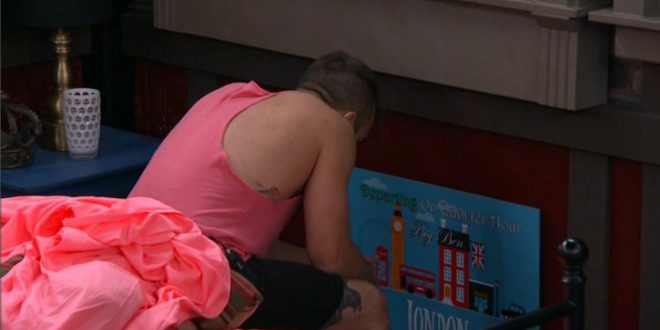 The Hunt For The Mystery Prize Is On 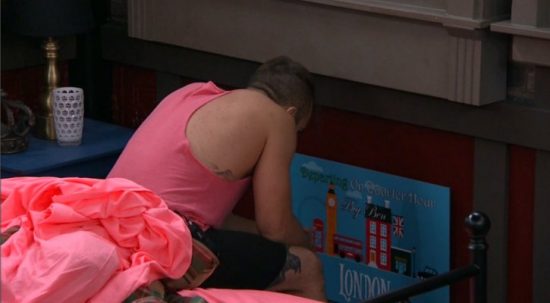 Seeing as the houseguests were never going to get the clues on their own, Big Brother locked them all inside and showed a message on the screen saying “You may want to keep it to yourself…” “Clues to the secret….” “Are all around you”. The resulted in the house scrambling to figure out the clue.  It appears Paul found it, and there was a voice recording telling him instructions how to get into the secret room, but I believe it was near the phone booth, and Frank is hanging around there.  You can read more leading up to this in my previous post.  Now, let’s resume the hunt…

Personal update: Thanks to the person who commented yesterday on my Fitbit. I contacted them, and they’re sending me a new one. You’re right, customer service was excellent, so I wanted to give them a plug here. Thank you, Fitbit, and the person who told me to contact them!