I Guess It’s Time To Talk About Nicole & James 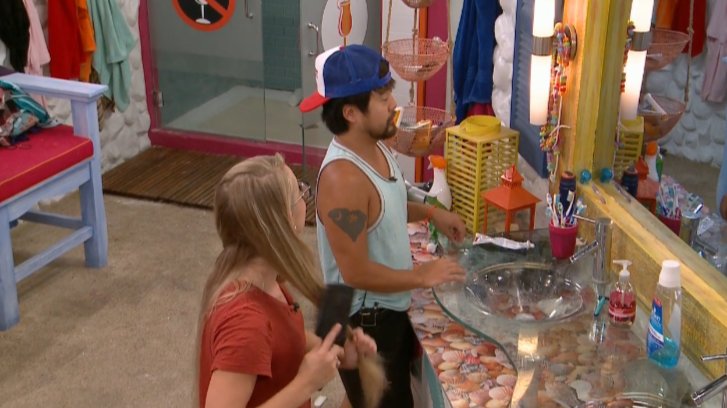 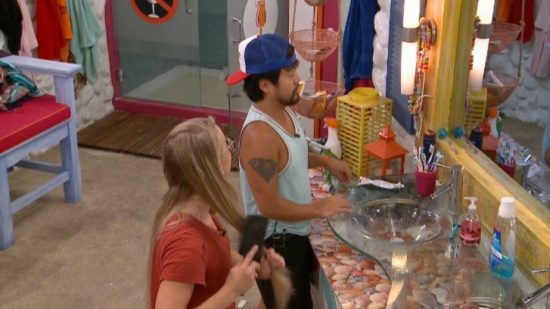 A few weeks ago, there was yet another rumor circulating in the Big Brother world about how James and Nicole contacted each other before going into sequester and agreed on a final 2 deal. I shrugged it off simply because I don’t think either player is good enough to be able to keep up such a deal without talking about it, mid-game planning, etc. However, after watching the feeds last night, I’m on board. There is really no other way to explain Nicole’s behavior as the season has been winding down.

There were many small things, but what struck me first was when Nicole was the leading charge behind the rally to keep James over Natalie last week. Seemed odd, and still does. I’m not going to pretend James is some beast in comps, but why keep the person who completely sucks in almost every competition?  Because she nearly won in like 3 of them? Not a good enough reason. There is an argument that she has more support in the jury, but I don’t think the jury is bitter enough to overlook the complete nothing that Natalie did all summer just because she didn’t screw them over (well, Michelle probably is, but I digress).

That leads us to last night, when the dust was still settling from the veto competition that appeared to have taken place shortly before the feeds returned. Paul won veto (after his HoH win) and nominated Corey and Nicole. This ‘lifeline’ he tossed James was in exchange for him voting the way Paul wants after he doesn’t use veto. Keep in mind, Paul can easily get James out this week by putting him on the block next to Corey. I think.  That’s what this post is about, and makes me wish Paul actually did that, just to see where Nicole stood.  Does she keep Corey and erase any doubts of a pre-game alliance with James, or does she remove her biggest competition to keep the weaker player?

We won’t know for certain, but last night gave us another indicator that the deal may actually be true when Nicole and Paul spoke for awhile and confirmed a final 2.  He told her that her best chance probably is against him, as the jury will look at their options between a ‘snake’ and ‘an asshole’. They have a roughly 50/50 chance at winning if they’re sitting next to each other, and I actually agree. Unfortunately for Paul, those are probably his best odds, which is why he wants to take her, but Nicole seems to think differently.  When she left the meeting with Paul, she sat back next to Corey and pulled a Nicole by instantly flipping on that decision. She said if she wins the final competition, she is taking James to the final 2 for some reason.

Not only does she once again screw over an ally, but it makes her look worse to the jury. She will pretend she used Paul and Victor and stuck to her ‘final 4’ with James and Natalie, but who is going to buy that at this point? She was the HoH who got out Michelle which made the James/Natalie side of the house weaker rather than knocking out a Paul or Victor. If she was really sticking to her ‘final 4’, she had one messed up way of approaching it.

Should Nicole choose James after all of this, he is going to have the argument that he played a (mostly) clean game.  He can say he threw the competitions to appear weak which was a strategy to get him to where he was. While Nicole took a big gamble by rolling with Victor and Paul for a week, James had a bigger gamble by just playing dead.  Needless to say, if Nicole picks James, she is essentially handing him the victory, but is that what she wants all along?

Let’s assume she does have a secret final 2 split deal with James. Her options would be a 50% chance at $500k, or a 100% chance at splitting $550k (the first and second prize). While a 50/50 shot at half a million is tough to pass up, it makes it much easier when you know a guaranteed quarter mil is waiting for you at the end.

So what do you guys think?