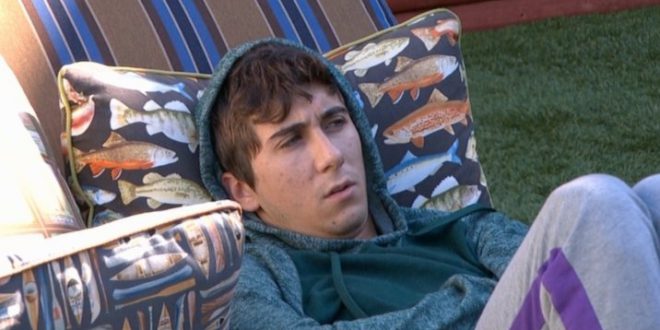 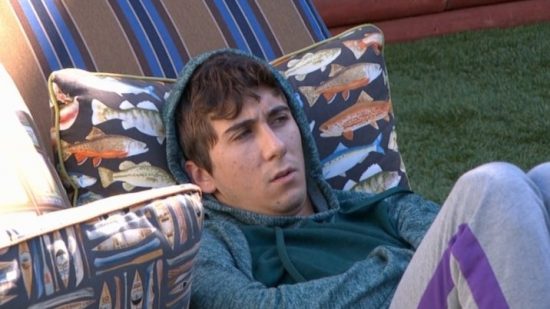 First, very important day in the country. I’m not going to suggest who to vote for, as people have hopefully made up their minds by now. I will say that voting is very important even if you’re not in a swing state. Clinton/Trump are not the only people on the ballot. Many states have questions that can instantly change laws, and there are Senate seats up for grabs everywhere. Don’t stay home and protest because you don’t like either person at the top of the ticket.  Your vote probably won’t make the different between who wins the big one (unless you live in like NH, Ohio, etc), but it could help make a difference in smaller elections in your state.

Alright, there is still BB to talk about.  I’m going to talk a minute about Jason’s odd strategy to kick the girls while they are down.  First, the girls overheard Whitney tell Justin that they should celebrate (Whitney was not aware the girls were just hanging out on the sky bridge), so Morgan went downstairs and asked “What are we celebrating” to which Whitney replied “Oh we’re celebrating Justin not being on slop and able to cook us chicken”. The girls instantly realized Whitney flipped because Justin hasn’t been on slop for days.

Fast forward a few hours, and Jason decides to mess with the girls by dropping a hint that he’s going to backdoor Justin this week.  The 3 remaining smashers get their hopes up all night that Justin will be going home, and are going to be in for a surprise today when Morgan is the replacement nom. Now, why would he do this? Your guess is as good as mine.  In a regular season, this would be one of the dumbest moves in BB history because it would almost certainly cost Jason 3 jury votes. It’s a petty, dickish move that did nothing but kick them while down. This season is a bit different where America will vote, and while that probably won’t have the same impact on the finale voters, it’s still a very questionable move.

While the smashers power is pretty low in the house right now, the reality is that America’s Nom is going away soon, there is a double eviction coming up, and even after that, Jason has no care package to save him. With Whitney flipping, and Danielle & Justin still in the house, Jason had easily 2-3 layers of protection before he was a target from them.  He had to worry about his own alliance before worrying about the remaining smashers, so he was set up to cruise to the finale pretty easily. The only thing this move did was make him look like a dick to the girls and piss them off in a week of a double eviction.

Jason will likely survive it simply because the girls’ numbers are so low and America has so much power, but the cons of this move outweigh the pros by far. He had a chance to work both sides of the house all the way to the end, but decided to piss on one side for absolutely no reason. It was a terrible move even if it doesn’t actually end up hurting him in the long run due to the structure of the season.