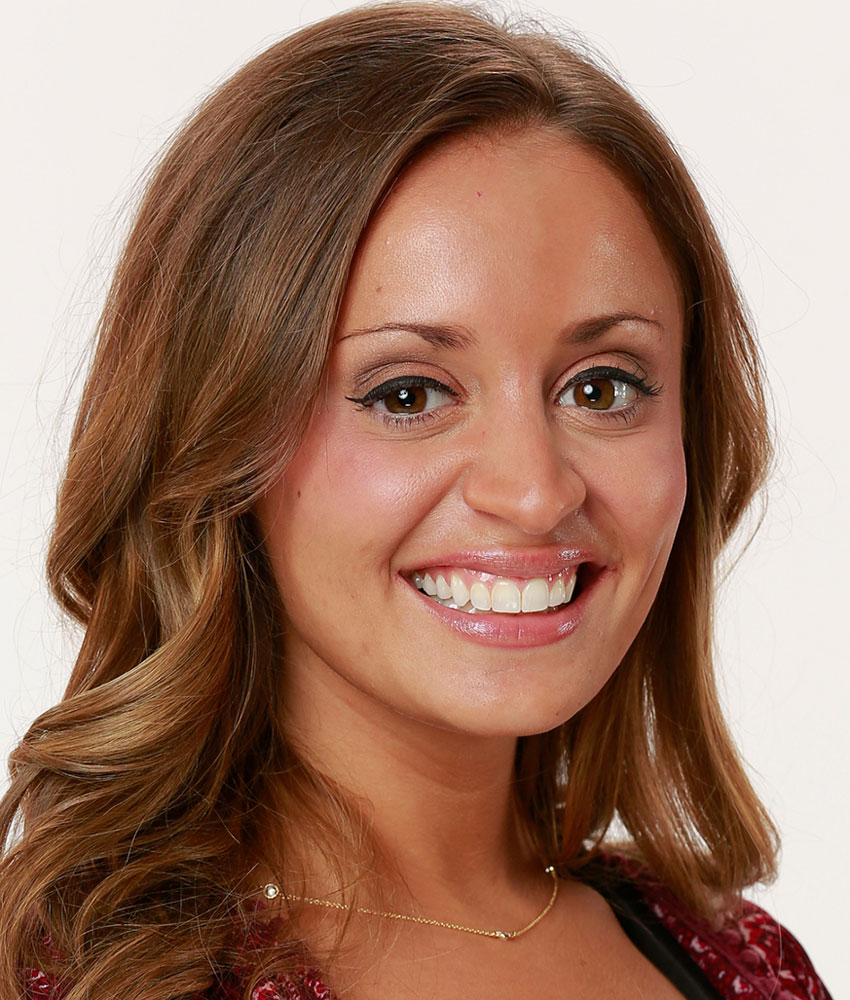 Part of Kaitlyn’s bio was the very controversial statement of Victor being her favorite former houseguest. A pretty bold statement she made considering Victor was only voted America’s Favorite Player during his season (sarcasm, obviously). Who didn’t like Victor?  Now if she dropped an Aaryn or someone, I would have been shocked, but Victor? Come on.

Kaitlyn is a life coach who is going to miss her crystals and oils while in the house, and she occasionally sleeps with her eyes open. This stuff just writes itself at this point. I can’t wait to see her sleeping with her eyes open! That’s going to make some good CBS edits this season if she does it often.

I see floater written all over her so she’ll either be an early exit or a final 4, depending on just how annoying she gets with the house.

Three adjectives that describe you: Personable, intuitive, and dramatic.

What do you think will be the most difficult part about living inside the Big Brother house?
Not having my crystals, essential oils, yoga mat, books, or my journal. I have my daily rituals for self-love and I would have to come up with new ways to make time for myself.

Which past Big Brother cast member did you like most?
My favorite Big Brother Houseguest was Victor Arroyo from Season 18. I know that’s kind of shocking. But I was just always rooting for him—especially when he got back in the house after winning the Battle Back. He was such a good competitor and had such a beautifully sweet side to him. I just loved his energy so much as a human being and genuinely enjoyed watching his journey. Plus, he and Nicole are literally a match made in heaven.

Do you have a strategy for winning the game?
I do. I’m going to use my intuition, my sensitivity to energy, and my messages from my guides to help me direct which way to move throughout the house. I plan to be that person that creates a sense of calm in the house, instead of bad energy.

My life’s motto is…
Everything is happening for the highest good of every person.

What would you take into the house and why?
– My crystal.
– Essential oils/diffuser.
– My journal. All of these things have transformed my quality of life so much. I’m all about good vibes and positive energy and all three of those things help me feel zen.

Fun facts about yourself:
– I’m often caught sleeping with my eyes open, which is terrifying for those I live with.
– Years ago, I went to a psychic medium with the hopes of connecting with my deceased grandfather, but the medium surprised me by revealing I would soon be one of the most influential self-help women in the world.
– If I sense bad energy with family or friends I will (without invitation) start to sage them until the negativity is cleared.
– I have a blog called From Betches To Buddhas.