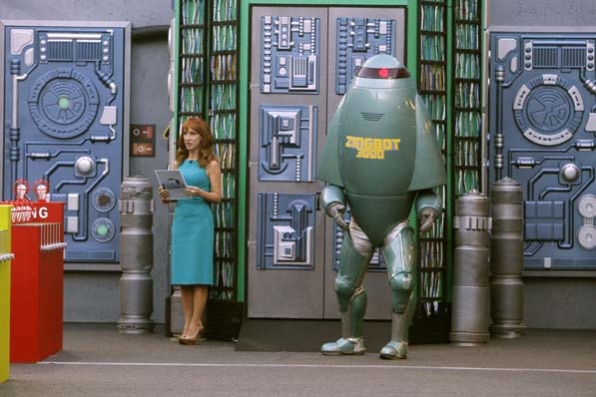 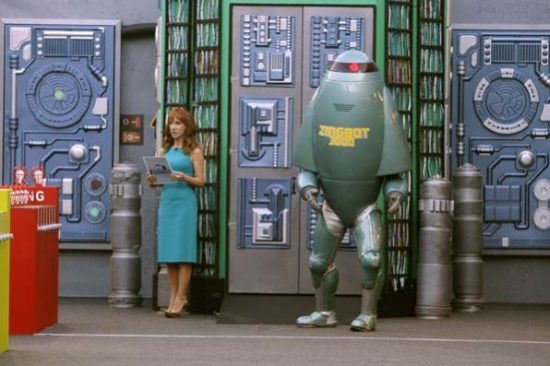 Most weeks, editing does a really good job squeezing the best parts of the week into the 60 minute episodes that air three times a week. However, everyone once in awhile there is just so much going on, they can’t cover it all in one episode. That is what happened during the power of veto episode on CBS tonight.  There just wasn’t enough time to cover the awesomeness that was the Big Brother house this past weekend.

Even when you factor in Sunday’s night episode which covered a large portion of the great weekend, there still wasn’t enough time to cover what happened between Friday night and Monday afternoon.  The Team America mission was spectacular and the trio easily earned the money this week. I am typically a tough critic on their missions, but they pulled it off and it was pure entertainment Sunday night on the live feeds. Their mission was to hide an item from each houseguest and stage a neighborhood watch for at least 24 hours.

As you noticed on the show, the house quickly started pointing their fingers at Zach as the saboteur, and surprisingly had some really good arguments to support the claim. The blip mentioned by Frankie about Zach putting up an ally is one, but Caleb actually went down a list of shady things Zach has done this season which almost had me wondering if he was getting something on the side for his craziness.  Zach has been a great character, and obviously isn’t earning any extra for his behavior which makes it that much more fun to watch.

Take the Amanda Zuckerman thing that was mentioned tonight. One of the early Team America missions was to spread a rumor that someone was related to a former houseguest. The trio came up with Zach being related to Amanda (since they’re both from Florida) and instead of Zach denying it, he just went along with it.  He did the same thing on Sunday night while being accused as the saboteur which sadly was not shown by CBS.  After an  hour or two of finger pointing, things settled down and Caleb/Zach went outside.  Zach went to the pool table and stole the cue ball, ran to the bathroom and threw it in the trash. Why?  Because it’s Zach. I guess he figured if he were getting blamed for it, he may as well have some fun.

While his antics may make for fun TV, they have not been going over very well in the house, and stealing the cue ball essentially solidified Zach as the saboteur who likely pocketed $20k+ this season from his actions. Reality is, he has received no more or less than Caleb, Victoria, Christine and the other non Team America members, but they all have it in their heads he has it made now. That is part of the reason nobody had any issues with Frankie nominating him over Victoria as the replacement nominee… well, that and them having Zach planned as the replacement nominee well before the pool cue incident, but that just helped secure the rest of the house.

Another topic they did not cover was the reaction by the house over the Christine zing.  Look, that was hilarious. I’m sure her husband doesn’t think so, Christine didn’t think so, but I thought so.  Christine has been all over Cody all summer long, and that was a way production can tell her to cut it out before she gets carried away – for her own good. Either way, she cried quite a bit, Cody denied having anything to do with her that way, and the pair went on to hug.. because that’s how you handle the situation… 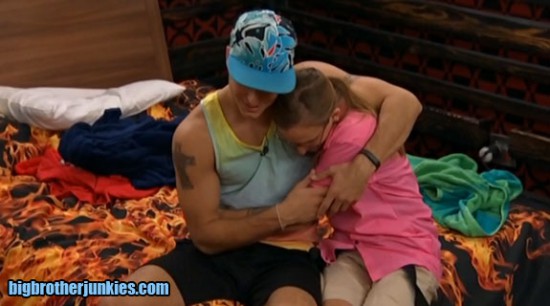 The power of veto competition was a standard zingbot style competition. They’re typically mechanical of nature and require some dexterity and/or intelligence. This was the perfect competition for Donny to win, but it didn’t matter anyway because he was safe despite Christine throwing the battle of the block.  He still did try to win for Zach, who wasn’t picked to play, but he came in 3rd place to both Frankie and Beast Model Electrician.  Frankie finished first, won the power of veto, and did what everyone expected him to do.. screw Zach. Although, with the way the two acted for most of the season, we were expecting a different kind of screw, and that one likely would have been less painful than being the replacement nominee.

Zach is on the block and either he or Cody will be going to walk out of the house and then walk right back in tomorrow night to compete in a chance to re-enter the game. It should make for a fun live show, so be sure to check it out!

Check out more of my Big Brother recaps at OK! Magazine