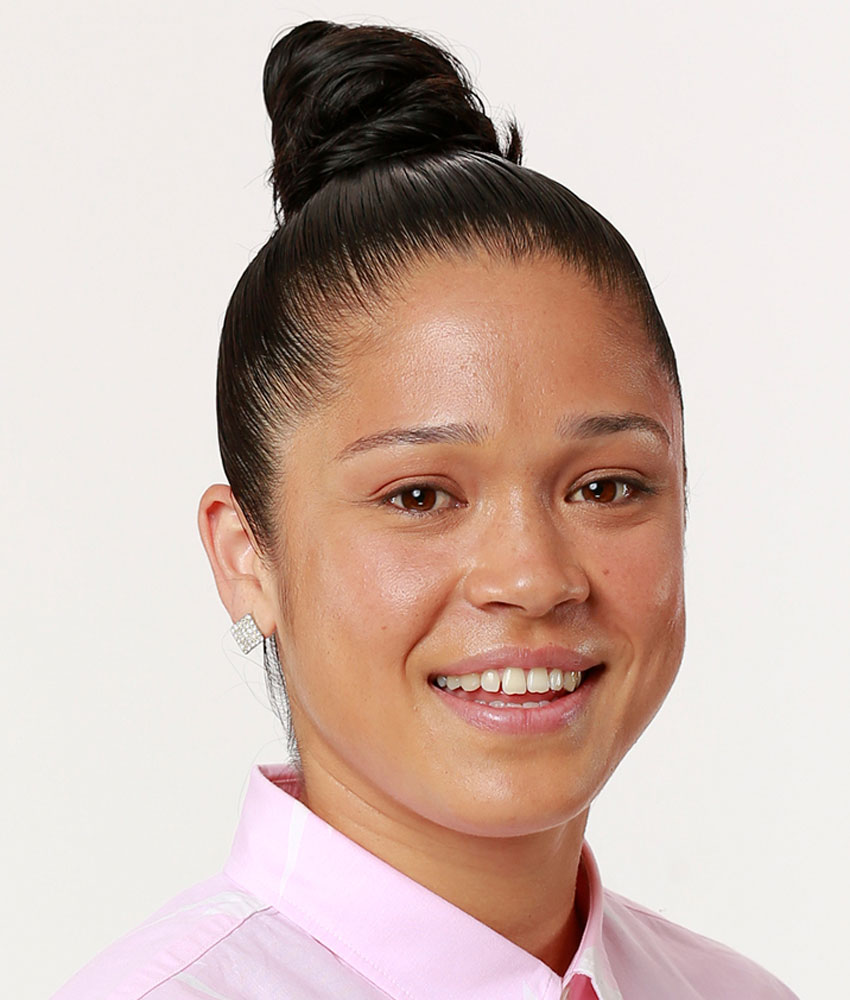 Kaycee is a football player from the San Diego Surge football team that I didn’t even know existed until now. Doing a little research, it turns out there are 65 teams in the Woman’s Football Alliance which is actually pretty incredible. According to their website, the Surge’s season is wrapping up with only one more game to play, so Kaycee shouldn’t miss much time from her team. That said, the game she will be missing is the “Best of the West” championship game, so if she’s still in the house by then, expect to hear her wonder how her team did.

I expect Kaycee to be a badass in competitions which could play well for her game if she gets in the right alliance.  I am picturing her as this year’s Christmas (without the injury) so she may be at risk early on but once she gets settled, she may go deep into the game.

My prediction – If Kaycee survives the first 3 evictions, I can see her easily making top 8 after that, possibly further.

Three adjectives that describe you: Fun, positive, and athletic.

What do you think will be the most difficult part about living inside the Big Brother house?
I would have to say learning to trust strangers and maybe knowing the fact that you will have people talking behind your back and try to be shady. Other than that, I adapt pretty well, wherever I am.

Which past Big Brother cast member did you like most?
I liked Cody Nickson, just because he was different and such a badass. He went against the grain when everyone else in the house wanted to follow Paul Abrahamian because he was a previous cast member.

Cody was a competition beast. I mean, the only thing I would say is he could’ve had a better social game.

Do you have a strategy for winning the game?
My strategy to win the game is to use my social skills to my advantage. I am a big-time people person. I also want to be as honest as possible in the game. I am a loyal person in real life and I want to stick to that as much as I can.

I also don’t want to seem too much of a threat from the very beginning where I then become an immediate target. I’m also looking to align with some people where I feel the vibes are right and legit.

My life’s motto is…
Think outside the box, take risks, and never give up.

What would you take into the house and why?
– Pictures of my family, which I already know is not allowed, because they are my motivation.
– My Jordan sandals because I don’t like to walk around the house barefoot or with just socks on.
– Pre-workout supplement so I can have that extra boost, if needed!

Fun facts about yourself:
– My mother is Filipino and met my father in the Philippines while he was traveling in the Navy.
– I was fiercely loyal to my first job in high school and worked at Smart & Final for 11 years.
– I moved to Scottsdale for a girl, then broke up after a few months living there, but ended up staying there and made a new life for myself!
– Big Brother is the only TV show I watch and it’s my tradition with my dad.