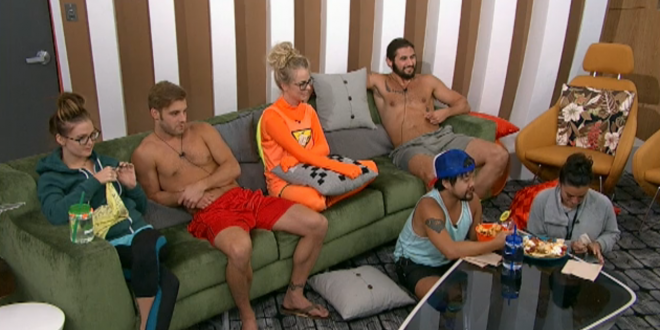 Good evening! It’s time for the live show, and I’m sure it’s going to be a good episode tonight. Either Paulie will leave and go to jury, or he will have the roundtrip ticket and walk right back into the game. Regardless, I think it will be an entertaining night. I’m really hoping that the punishments get more airtime (specifically Paul’s), and I’m hoping they show the roast as well. Not to mention, the HOH is make or break for a few people, and there has been a lot of speculation in the house that tonight may be the wall endurance comp. I guess we’ll see within the hour!

I’m not sure if the HOH will be tonight or not, Julie made it sound like it’s tomorrow. I’ll start a new thread in a little bit!