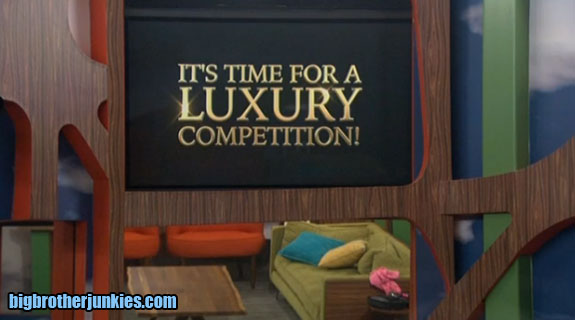 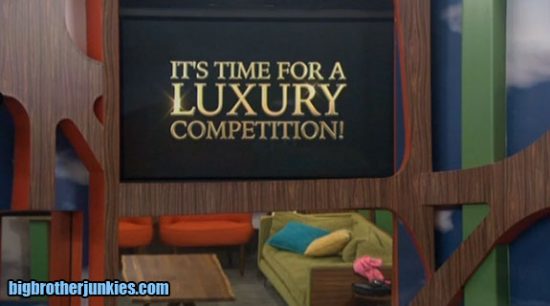 It’s the moment Caleb has been waiting for the entire season.. the luxury competition!  Well, that and ‘The Wall’ endurance challenge which appears unlikely to happen this year.  This is likely where the jury member(s) will be back in the house, so that should be interesting to watch.  Perhaps Cody’s luxury will be some time alone with Christine… too soon?

On the schedule news, here is the apparent schedule (that I stole from BBN)

As many of you know, I am getting married on Saturday and leaving for honeymoon on Sunday.  This means I will miss those first three episodes and won’t be able to live blog (unless I’m back in my hotel room in time, but I’m sure nobody would blame me if I wasn’t able to). However, regarding the feeds, my best guess will be most of the stuff will be cleared up by Saturday anyway (veto especially).  We’ll have a good understand who is going home by Saturday, and then on Monday night I’m expecting the feeds to go dark for 24 hours as they record the eviction episode that will air on Tuesday night.

While the feeds are down, the final 4 should play the next HoH, do nominations and likely do PoV all before the feeds return on Tuesday night after the eviction episode airs.  Considering I will be away, that is almost perfect timing because there will be nothing to blog about between Sunday-Wednesday anyway. I will still try to get recaps up in the morning before I start my day, but honestly I don’t expect much.  The big questions will come after the feeds return on Tuesday where we find out who won the HoH and is guaranteed a final 3 spot, and who won the PoV to guarantee the 2nd spot.

I am not 100% sure I have all this correct, I am just going on former seasons, but to summarize, I should know everything worth knowing by the time I leave Sunday, and nobody will find anything out until late Tuesday night after that.

With that out of the way, time for the feed updates….