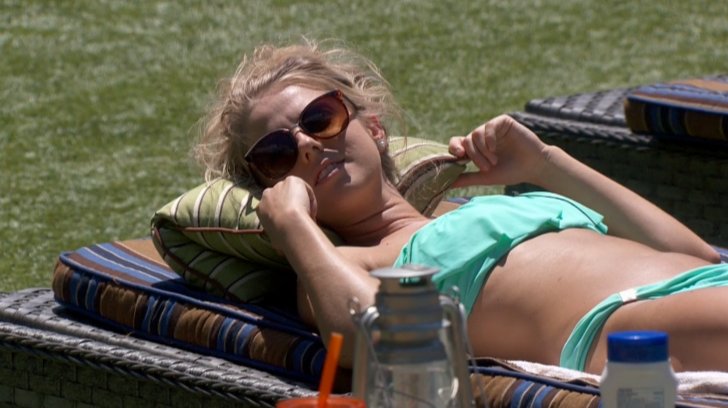 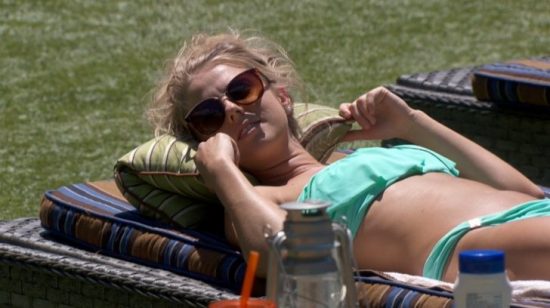 Early in every season, there is usually a fairly large people who get along, and then there are the boat rockers. The large group bands together to get rid of those troublemakers, so they can have a fun summer together and everyone wins a billion dollars! The problem comes when those ‘troublemakers’ are gone, and the house realizes there is still like 2 months to go, and a new person still has to be evicted every week. That is when the “get along gang” has to turn on each other, which is also when the drama starts to really unfold.

With Frank about to go this week, that means the house has to turn on someone new. While Bridgette is an obvious choice, and will probably go next, the reality is that she’s on an island now and is a vote that some people will badly need when the showmances start taking full control of the house. During the HoH competition last Thursday, Frank was able to warn Da’Vonne that her ally Nicole may not be as trustworthy as originally thought. Because it’s Frank, she decided to believe Nicole and things went along like normal, until yesterday. That is when things started clicking that Nicole has indeed been acting a bit shady, and Frank may actually be right. It’s strange because despite completely overplaying every aspect of the game this season, Frank has been relatively honest compared to the rest. Once people realize that, it will be too late and Paul, Paulie, Corey and Nicole will end up ruling the house before Nicole becomes another Britney Haynes.

On another note, if you missed yesterday, Big Brother gave the house a clue that there were still secrets in the house (because they were never going to figure it out on their own, and BB didn’t want the twist to go to waste). Paul ran around like a crazy person trying to solve it, and to his credit, he actually did. It wasn’t too difficult considering one of the planes near the phone booth literally had ‘Call Paris’ written on it, but it still took hints from production for people to finally solve it.  The reward? Luck. Inside the room, there were 12 cards placed there with absolutely no advantage to the first person who found the room (other than keeping it a secret, which was impossible when production dropped the hint). Everyone ended up getting a card, and for the next 4 weeks, they will bring their card out with them and open it on stage with Julie.  One of the Twelve contain a ’round trip’ pass which will allow the person to get up and re-enter the house.

There is only a 33% chance the round trip ticket will come into play during the next 4 weeks, and every person currently has an 8% chance of holding the winning card (though that number increases to about 11% chance by the 4th attempt).

Plug – I just bought from eyebuydirect. If you use this link, you can get $10 off your order, and you hook me up with $10 credit so I can keep trying new glasses. I have a glasses obsession and I need help haha. Click here to order glasses!