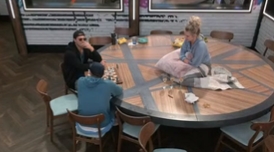 Here we are. The final week of Big Brother 22: All-Stars. It’s been a rather predictable season and here’s to hoping that next season is better. I do not expect to see a partial veteran or All-Stars season anytime soon.

1) CODY – Cody has been running this season since he captured the first Head of Household. Whether it was pregame or the lessons Derrick instilled in his young protegé, Cody has masterfully carved a path for himself to final 2. He cut ties with Dani, Memphis, and Tyler at the right times and kept Christmas around for the good of his game. He used Enzo as a snake for information that led to things like blowing up Memphis’  Wise Guys alliance final 2 plans.

2) NICOLE – The only winner from the final 3, Nicole has continued her strategy of using meat shields to protect her. Aligning closely with Cody and Dani protected her through the entire game when she wasn’t winning competitions. Her comp wins in the last couple weeks are nice additions to her resume for the jury. Even when Tyler and Christmas attempted to evict her on Triple Eviction Night, ti was Cody’s tight connection to Enzo – I doubt Nicole and Enzo were super close at that point – that kept Nicole from going to the jury. Nicole deserves points for getting to final 3, and if she makes it, to final 2. She will have the chance to become the only 2-time BB winner since this jury might not be bitter.

3) ENZO – The Meow Meow is third because he is the least likely to win. He copied what he did in his last go-around. He built up a social game and is relying on the jury’s bitterness to win him the grand prize. Unfortunately for Enzo, he cannot see what we see otherwise he would know that might not be the case. Cody is more likely to take him than Nicole. Enzo has to hope that this season’s comp beast chooses to bring the Meow Meow to the place he’s never reached.

4) CHRISTMAS – Christmas is a joyous season. I can’t say it was a joyous person in the house. She made comments and had at least one major blowup in the house that all make her look really bad. Christmas says she loves the game, but she does not seem to play it well. Sure, both season she made it really far, but did we see any individual moves from Christmas that were for her own good and not the Committee or Tyler? She needs a leader (Paul in S19, Tyler in S22) otherwise she appears to be unable to play Big Brother. Evicted week 11. Jury member 8.