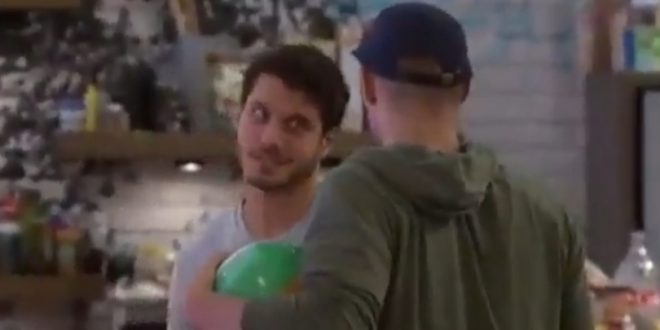 4 Houseguests are left and each one can taste victory. The Renegade played hard, but a Hitman and Brigader shot him down.

1) ENZO – The current HOH pulled out the dub in the most important Head of Household competition of the summer. He guarantees himself a spot in the final 3. A stunning move would be to evict Cody. However, Enzo has stated several times and has made all indications toward taking Cody with him to final 2. I don’t expect Enzo to backstab his Root partner.

2) CODY – The other half of The Root (Enzo really likes making alliances) will likely not be an initial nominee, but if Nicole or Christmas pulls herself down through the Veto, it will force Cody to take her place in the nomination seat. Enzo does not have any power after the nomination ceremony. The Power of Veto is the most important power during Final Four Week. If you can guarantee victory during the Veto comp, there is no point to winning HOH. We will see what happens next week. It might be like in BB14 when Dan was pulled off the block during close ally Danielle’s HOH, which forced Danielle’s showmance Shane to take his spot, and Dan immediately followed up with evicting him. Enzo and Cody are not in a showmance, but they are allies who have always had each other’s back.

3) NICOLE – The S18 winner is going to face the block this week. I doubt she will be sent to jury if she remains on the block next to Christmas. She has built up her resume by sweeping this past week, she has spoken to Christmas about a final 2, and she recognizes that the target on her back has increased. She could win this game. In a finale night that features Nicole and Enzo or Nicole and Christmas at Final 2, Nicole has a distinct possibility of becoming the first 2-time winner of Big Brother. A rare feat nearly accomplished by the legendary Dan Gheesling in BB14.

4) CHRISTMAS – The holiday might be over. Certainly, we saw the houseguests get sick of Christmas last week. The S19 veteran seems to be playing worse in competitions ever since Tyler left. There is not much hope for Christmas unless she wins Veto and that would make this week very interesting. Would she vote out Cody? Probably not. Would she vote out Nicole? My gut says yes, but it is not the better move in my opinion.

5) MEMPHIS – Things were going so great for Memphis. He was double, triple, quadruple dippin in everyone’s pockets. The man was untouchable for three-quarters of the season. He may have made a mistake doing 2 Wise Guy alliances, especially trusting Enzo. Enzo has been a rat leading to downfalls of Tyler and now Memphis – 2 big players this season. It was a pleasure seeing Memphis again for nostalgia at first, but his obsession with getting David out from the beginning (would have been better, potentially excusable if he stopped caring after a few weeks) was strange to witness, to say the least. What do you think Dan thinks of Memphis’ game this season? Evicted week 10. Jury member 7.