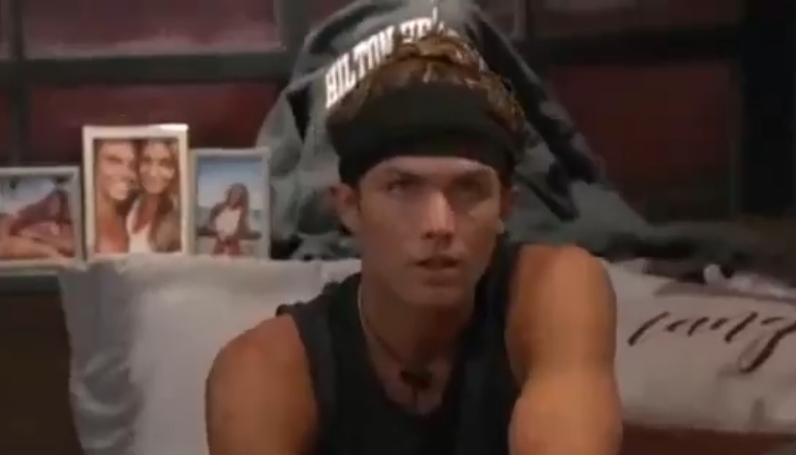 1) Tyler – Tyler is sitting pretty. He holds the most coveted position for week 3 in being the Head of Household. The former bowling stud utilized his skills to win the competition, which was a table form of bowling without pins and a ball. He has better coordination than everyone else and has more final 2 deals than other houseguests. He might play this week safely and target Janelle and Kaysar to appease the majority of his house and his alliance.

2) Cody – The close friend and ally of Tyler, Cody is most likely to coast this week. He had one of the better scores in the HOH competition with 8 points. Cody has not done anything to be targeted by Tyler unlike Memphis who annoyed (to put it politely) Tyler.

3) Nicole F – The S18 winner is talking a lot with Tyler maintaining lines of communication. Although Franzel is targeted by Jaysar, neither Janelle or Kaysar has the power to nominate. Therefore, Nicole F should be unconcerned. Based on feeds, Nicole is talking a lot with Dani and Christmas. Last night’s episode covered Nicole F only a little bit.

4) Enzo – The Meow Meow created Brigade 2.0 this week featuring Tyler, Cody, and himself. Tyler is the “Bandit” and Cody is “Zuco.” Through this alliance as well as the genuine connection formed with Tyler, Enzo placed himself well within the house. Nobody has said they are coming after Enzo next week. Plus, he comes across as friendly and cordial in conversations and knows how to socialize in this game. Enzo played a masterful social game in S12. He is en route to another superb social performance this season.

5) Dani – Happy belated birthday! Dani is well-positioned to ride out this week under the umbrella of her 6-person alliance. Tyler and Dani have chatted about a path to final 2.  There is nothing to indicate that agreement is compromised and it is unlikely that Dani will go up for eviction this week. Dani is talking to everyone. She is in the 6-person alliance and has connected with vets like Enzo, Da’Vonne, and Kaysar.

6) Christmas – The girl named after a holiday is second to last on the list out of the 6-person alliance. She made a slick, subtle move after winning week 2’s safety suite in saving Ian. She gained trust with Ian – a formidable opponent in his own right – that could help her later in the game. Ian has mentioned he’s laying low until around week 9 and, if Christmas is still in the house, she might greatly benefit from him.

7) Da’Vonne – The vet now on her 3rd season is on the outside of the HOH’s bubble. She will need to work on her relationship with Tyler. While she is not a huge target in the house, she is also not under estimated. She is allied with Bayleigh. She has a rocky relationship now with David. The biggest fear that Da’Vonne should have is what will happen next week.

8) Memphis – The former HOH has moved seven spots down this week. He ticked off Tyler, the current HOH, with his nominations last week. He refused to nominate and hinder his quasi alliance with the “OG “ members of Big Brother (Janelle and Kaysar). In doing so, Memphis broke some trust with allies Tyler, Nicole F, and Dani. Memphis should watch out for a backdoor plan if anything this week. It is unlikely that he will sit in a nomination chair though.

9) Bayleigh – Da’Vonne’s closest ally and Tyler’s former rival, Bayleigh is once again on the other side of Tyler in the house. They’re set for a collision course that may or may not be as explosive as two seasons ago. Sure, Bayleigh has learned more about the game. Yet, she has not learned how important it is to be part of a big social group. Through the main show and live feeds, this player is polarizing to the fans and (likely) some houseguests. While I have no issue with her, she needs to up her game and form some deals otherwise she could be in jeopardy in a few weeks.

10) Ian – With being a former winner and being awarded safety by Christmas last week, Ian is an easy nomination for Tyler. His spontaneous deal with Christmas shows Ian’s stellar social and strategical awareness because Memphis was considering putting Ian up. I’m surprised that Ian and Memphis are not closer via the Dan Gheesling connection, but Memphis has made it clear that Ian is his target. Ian should lookout this week because the former all-star wars actor could face his curtain call very soon.

11) David – If you watched Memphis’s nomination ceremony, you would expect the “rookie” to be the one eliminated on week 2. Instead, he lives to fight another day. On one hand, Tyler supports him (evidenced by his hype session following the nom ceremony in the storage room). On the other, it’s interesting to say the least. David is baffling his houseguests and BB fans alike with his gameplay. When Da’Vonne asks if he is in a guys alliance, David acts extremely sketchy, which nearly costs Da’Vonne’s vote. It was funny to watch David’s distraction attempt during the Power of Veto comp. That was the first time any houseguest has done ever.

12) Kevin – Week 1 nomination survivor Kevin is up to his old tricks again. He is being social in hopes that will get him far. Kevin is buddy-buddy with Jaysar one minute and is trashing them the next. He could be a replacement nom this week.

13) Kaysar – S6 and S7 vet Kaysar sits on the bottom with his comrade Janelle for the second week in a row. In all likelihood, he and Janelle will go up together. He is trying to talk with people and even tried to save Nicole A this past week. He is aware of the social game being played, but is a couple steps behind.

14) Janelle – the 4-time BB player is faced with the prospect of an early eviction. She should expect to go up along with Kaysar because the house knows Janelle is a threat, strategically and physically. However, her physical game is not what it once was. She came close to winning HOH. If that happened the whole house would be turned on its head.

15) Nicole A – The podcast host from Long Island, NY misread the house, period. She bashed Jaysar thinking they were throwing her under the bus behind her back only to be served shame by Julie Chen-Moonves. If Nicole sat close enough, Julie might have swatted her head like she did to Marcellas in S3. Evicted week 2.