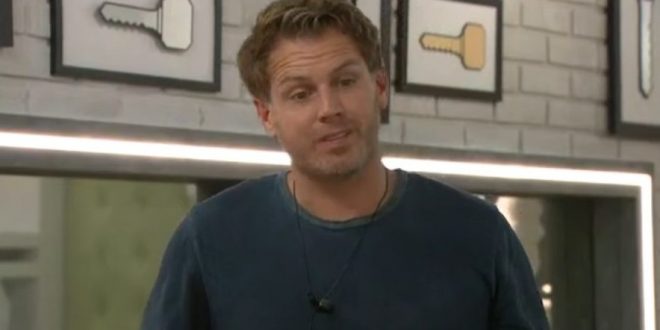 A new place for a former winner. The ally of the winner who lost captured his second Head of Household. And power remains within the big alliance of this season.

1) Memphis – The current HOH is locking the HOH door for a second time this season ( I don’t know if he locked out his housemates yet, but that was something he did during his first reign. Maybe he will lighten up.). With the power this week, he could be the first to take a major swing at significant allies. Alternatively, he could play it safe and target Da’Vonne, Kevin, and David. I expect him to do the latter, allowing his friends to fight each other.

2) Cody – Probably the closest one to Memphis at this point of the game, it seems Cody has yet to face an obstacle this season. Allies keep winning critical HOHs and nobody put him on an eviction chair yet. He won the first HOH, but has remained quiet on the competition front since then. He will certainly not face the block for now.

3) Tyler – The surviving half from the nomination block of Tyler and Ian, Tyler, is positioned well to push through to final 6. His not-so-distant ally Memphis won HOH, which could be good or bad for him based on how the past weeks’ worth of events.

4) Enzo – The hidden strategical mastermind this season proved he can win competitions. However, that’s not even close to his ability to play the social game. The last time he played featured a smaller cast. Yet, The Meow Meow is displaying he can still rule a house simply through words and interaction.

5) Dani – Dani hinted at her becoming the new queen of BB. I’m sorry but that is not the case. Dani Donato is arguably one the greatest 10 players to play the game, but she is not close to the queen… cough cough Janelle (or Julie Chen Moonves) cough cough. She missed her shot with Tyler, but her allies in Nicole and Cody will probably keep her safe. If Dani really thinks about it, it was better for her to take out Tyler.

6) Nicole – Nicole, Nicole, Nicole. Oh dear. I can’t say that I really feel bad for her for losing an ally in Ian, but I can say I feel bad for her loss of a friend in the house. Ian would have done a lot for Nicole and she knows that. However,  Nicole is still well-positioned in the house hierarchy. With a competition win in the next couple weeks, Nicole catapults herself deep in the game.

7) Christmas – After a heated HOH week, Christmas seemed to chill down (no pun intended) this past week. She could be a casualty of civil war when the Dani/Tyler fight officially starts. Christmas has competition wins to boot if she makes it to finale night.

8) Da’Vonne – I expect to see her hit the block and go home… well jury with Ian. It’s unfortunate that she could not take down the Commission because she did not team up with Jaysar early on. She has that veto win that forced Dani to declare a 4th nomination. However, it jeopardized her connection with Dani (who is ready as well as most of the people in her alliance) to take out Day.

9) David – If David somehow makes it to finale night, I will have witnessed one of the craziest, fulfilling seasons of Big Brother. Yes, some of the villains are in the Commission. Yes, the Commission has dominated this season leading to a truly underachieving All-Stars season. Now let’s say the guy who lasted 1 night officially in BB 21 wins the season of all-stars in BB 22. How crazy would that be?

10) Kevin – Kevin severely limited and destroyed his own game by helping evict Nicole Anthony, whispering against Jaysar, and not forming a resistance alliance co-led by Ian. Kevin is simply on the outside of many things in the house and is this season’s easy nomination.

11) Ian – My favorite newbie from BB14. In fact, he is the best newbie from that cast. He learned from 4 greats that year. He formed a kinship with Britney Haynes, supported the eviction of Janelle Pierzina, backstabbed and led the fall of Mike Boogie, and campaigned on finale night against Dan Gheesling. His quirks and handicaps are not for us or anyone to judge. Ian is a bright competitor that wants to win, but recognizes solid gameplay. That is why he showed how, as Julie said, “classy” he is when Tyler told him about the Commission and Ian remarked that they got him good. It was similar to Boogie’s acceptance of Ian’s gameplay in S14. I was excited to see Ian on TV again and look forward to a potential next time. Evicted week 6. Jury Member 1.