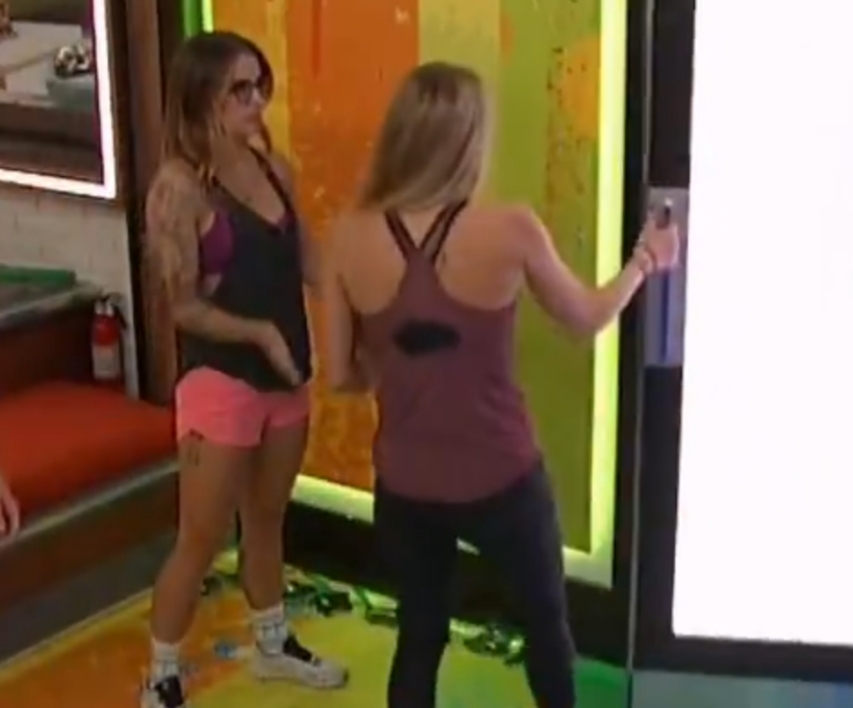 It was a crazy night in the Big Brother house. We had Triple Eviction Night drama for the first time in Big Brother US history. The Committee is in civil war.

1. CODY – The current HOH for what feels like 9 billionth time this season sits on top. He has powerful friends still in the house. Enzo did not vote out Cody’s close ally Nicole. which means that Enzo now chooses to side with Cody and Nicole. Cody is a clear comp beast, which garners jury influence, and he is clearly not the target of the house (even if he did not win HOH this week)

2. ENZO – The Meow Meow made a strategical decision siding with Cody and Nicole. If you listen to Rob Has A Podcast, you’ll hear it was right for his game. I do agree that it was better for him. For the counter-argument, I would argue that getting rid of Nicole, and then potentially Dani, would pull Cody closer to him and that he would be good. Then he could go final 2 with Cody. That vote would be tight, but the jury still likes Enzo enough that I could see a 5-4 or 6-3 vote winning it all for Enzo.

3. NICOLE – The two-time winner survived 2 straight evictions in one night. Impressive, no doubt. The house has been lackluster and dominated by that big alliance, but even last night someone could have made a strong campaign to keep David over Nicole. Nicole’s ride-or-die won HOH. She will be safe this week. She has already whined to Cody saying that she feels bad for him winning HOH to keep her safe and that people should take her to Final 2 because she can’t win anything. I am not a fan of when she does things like this, but this house could eat it up. Now, she is completely loyal to Cody.

4. MEMPHIS – The restaurant owner created two final 3 alliances in which all his allies are in the final six. He has 4 in the final 6 to be exact. Cody has been loyal to Memphis from the shoot. However, due to the aftermath of Triple Eviction Night, Cody might put up Memphis as a pawn to get Christmas out.

5. TYLER – Oh dear, dear Tyler. He took 2 shots: 1. attempting a coup against Nicole and 2. eliminating Dani. He accomplished the latter, but came one vote short of the former. Had Tyler completed both tasks, then he would be in equally or possibly better positioned in the house. It’s really coming down to Cody versus Tyler.

6. CHRISTMAS – Is it personal? Apparently. Dani outed Christmas and Tyler on her way out the door. Christmas is an easy target this week, especially since the HOH Cody is on the opposite side of the house.

7. DANI – Danielle “Dani” Donato is a BB legend. Coming from her young adult years in BB8 and BB13 to now motherhood in BB22, we have witnessed Dani’s aggressive gameplay be a good thing and bad thing for her. We experienced her estranged relationship with Evel Dick heal on national television in BB8 only to learn it crumbled before BB13. What a game BB13 would it been if Evel Dick did not need to leave. I think she would come back to the game. For me personally, the Donato are a family that immediately come to mind when I think of Big Brother. Evicted week 8. Jury Member 5.

8. DAVID – The rookie from BB21 earned his stripes (even if Memphis disagrees). He provided entertainment to the viewers at the cost of comically hindering his and others’ game. He should have watched previous seasons, but something tells me that is never going to happen, no matter how much Ovi teaches him about the game. After Da’Vonne’s eviction, I was even rooting for David to win it all somehow. It would be icing on the cake if Memphis even voted against him, but David still won. Evicted week 8. Jury Member 4.

9. KEVIN – The S11 vet who was one competition away from taking the crown all those years ago said the second time around was so much harder. He really coasted his way to final three back then. Unfortunately, for him and other people who deserved better could not team up against the large Galactic Empire alliance that is the Committee. I enjoyed watching him again overall. It’s nice seeing the old school players again. Kevin might have had his due in Big Brother so I ultimately do not foresee him coming back. Evicted week 8. Jury Member 3.