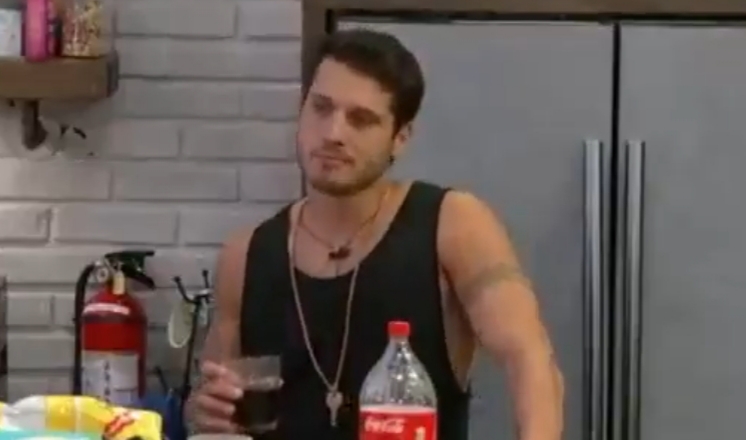 OTEV, a 2-hour triple eviction episode, and Dr. Will. What more can you ask for in a week? As the big alliance teeters on the edge of falling apart, some are setting plans in motion. Cody, who didn’t get a lot of air time last night, won another HOH. What does that mean as we head into a week that will see potentially six people hit the chopping block?

1) Memphis – He is wheelin and dealin agreements and conjuring up schemes to advance his game and that is why Memphis sits number here and has been one of the most impressive houseguests this season. Notice in the show edit that Tyler wasn’t approached for the final three plan. By orchestrating 2 final three alliances and naming them the same, Wise Guys, it gives Memphis and Enzo room for error if they happen to talk about the other alliance (i.e. Wise Guys A with Cody) in front of Christmas and vice versa.

2) Enzo – The sidekick to Memphis’ endgame plan slots in at number 2. He is a smart social player. He has deep connections with Memphis, Tyler, and Cody. He also is close enough with Christmas. Nobody has raised their voice against Enzo. It’s eerily similar to Season 12, but hopefully Enzo will take out comp beasts before going into the final three. He thinks he can beat Memphis and Memphis thinks he can beat Enzo, but I think Enzo will win if the pair are the last two remaining.

3) Christmas – Christmas made a solid move with David. She pulled him aside, told him she knew the vote on Ian’s eviction, and cradled him into a side alliance. No one else made it clear to David that they have his back. In fact, the vibe of this season indicates everything to be the opposite. Xmas is still competitive, which gives her a slight advantage when the physical comps pick up in the upcoming weeks (if last year is any indicator for the future).

4) Cody – The current Head of Household will enjoy the opportunity to ensure himself and his alliance(s) safety.  He will probably target David and Kevin because there really isn’t another option otherwise he blows up his game. He’s tight with Memphis, Enzo, Tyler, Nicole, and Dani. I guess the safest target for him within his own alliance is Christmas. She might go up if Kevin or David win the Veto.

5) Tyler – Tyler is locked into the game now. He reeled his way back to informative conversations and does not sit on the outskirts anymore. Dani and Nicole have replaced him in that regard. He could be the target during next week’s triple eviction. Today he remains safe with near certainty.

6) Dani – She orchestrated the Bay/Day evictions and wanted Ian to go over Tyler. I feel like the entire house, including Dani, missed a golden opportunity to kick out Tyler before he can become lethal during the endgame. We are still 9 strong in the house. After the upcoming eviction and subsequent two immediately after, the house will be down to six people. The endgame isn’t looking good for Dani. She lost Ian and Day and is still seen as a larger threat than Nicole. While it would be good for her to convince Xmas to join her and Nicole in an all-women’s alliance, Nicole has yet to vocally advocate the idea and it appears Xmas will be working with Memphis against Dani from now on.

7) Nicole – The wall yellers are going after Nicole this season. First, she and Cody were outed as playing everyone. Now, her betrayal of Day was revealed. If not for the wall yellers, I can’t help but wonder what would her summer would look like. She is still shielded by Dani but her allies are growing sick of her. Without Ian, I don’t expect her to win the game. Whoever she is up against will have the advantage of never winning before. Enzo has said that he will not vote for a winner. Although I haven’t seen specific examples. it appears the house shares the same sentiment.

8) David – While he finally got someone to believe him, he remains a low tier player. His best move would be to stay low and do everything he can to convince the houseguests to turn on each other. He may be a number for Christmas similar to Josh in Season 19. He is like a lost puppy dog that nobody picked up, but now finally someone has. And, with Xmas’s connection to the guys, David could find himself in the guys’ alliance that didn’t exist earlier this summer.

9) Kevin – The ad executive has (probably) six more days in the house. With the triple eviction looming, it would be shocking to see him stay alive.

10) Da’Vonne – The clock ran out for Day. In her third attempt, she made it to week 7 where she joins Ian in the jury house.  She said she was not going to spill information this year. However, by the end, she felt that she played her cards too close to her chest by not speaking out enough. The eviction night speech was beautiful. It was impressive that she could remember everything. Afterward, I don’t even know how Kevin could follow up but he did well. Day, unlike many of her housemates, grew on BB fans this year showing that you can be a strong player without being in power. Evicted week 7. Jury Member 2.