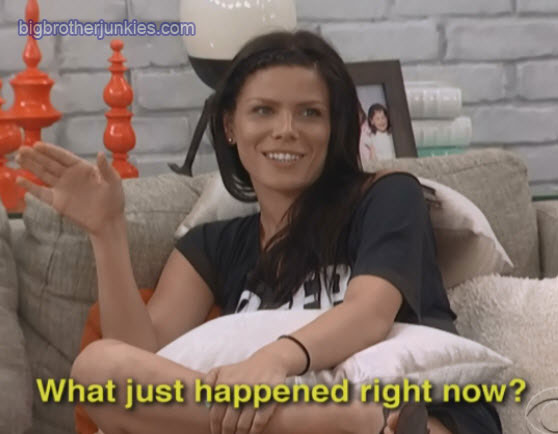 Tonight’s episode was supposed to clear up what happened to Dick, but instead they made some huge drama about him getting called to the diary room and nobody hearing anything for two hours before giving Rachel a note to tell the rest of the house he left due to an “Urgent Personal Matter”.   Note, pretty much exactly what I said they’d do…

So I take it everyone is happy now that the most entertaining person on the show is gone for no apparent reason and we’re left with Rachel yelling into the camera during diary room sessions, Jeff making ignorant statements, and Cassi saying y’all 15 times a minute?

The most entertaining part of the episode tonight was how clueless both Porsche and Keith are in this game, and they somehow got paired up together because Keith got a stiff one the first night he saw her.   Both were throwing the veto competition because apparently being in the final 10 is somehow better than the 50% chance they’re going to leave the house tomorrow.    Both think they have the votes, but it’s clear neither person has watched the game because you don’t count on anything until the votes are actually cast.

There was one person who finally had a logical head once she calmed down from the veteran’s little meltdown in the HOH room, and that is Daniele.    She was dealt a blow by losing one of her alliance members, but she’s going to play the social game and make friends with all sides until she is back in the game.  She’s been doing a solid job at it so far, based on the live feeds.

While I’m on the subject of that meltdown, was that the most pathetic thing you’ve seen in a competitive reality show ever?  That has to be, right?  I mean four people who have been in the game before, one of them being a former winner suddenly thinking they’re going to get picked off one by one because you’re going against eight new players to the game…  They were just acting scared, right?   Did Boston Rob suddenly sneak in the house and put a strict gag order on all eight players?  The last time I checked, an alliance of eight without someone like Rob running it is one of the most vulnerable things in these competitions, and they should know that by now.  It was pathetic to watch really.  They’re not real players if they can’t convert this.. 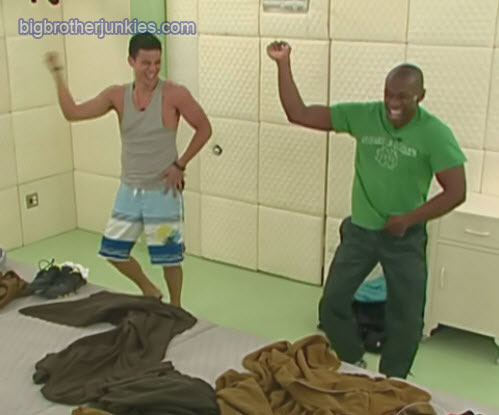 Oh, and before I forget.  I rambled on about the side parts of the house, I forgot to even tell people who don’t have the spoilers what happened tonight.   It was pretty simple, Jeff and Jordan were picked to do the veto with Porsche/Keith + Brendon/Rachel and looked worse than the pair throwing the challenge.  Needless to say, Brendon and Rachel won easy, Rachel used that to soak up as much attention as she could get for herself, but ended up not using it.

Now that my rant is over, I may hit up the live feeds and post about them on twitter to see what’s going on in the house.

I blog stuff about Big Brother
Previous It’s Wednesday, You Know What That Means!
Next Dr Bookey, We Have An Eviction! (Spoilers)
Subscribe
Login
0 Comments
Inline Feedbacks
View all comments