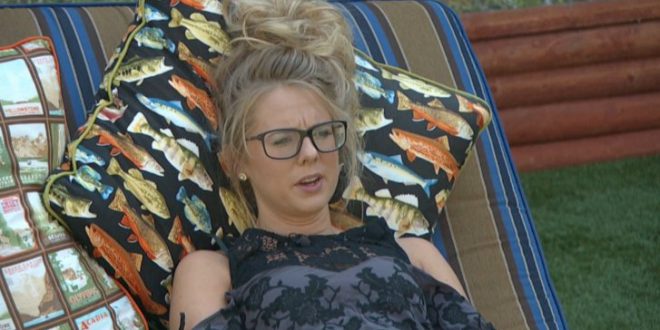 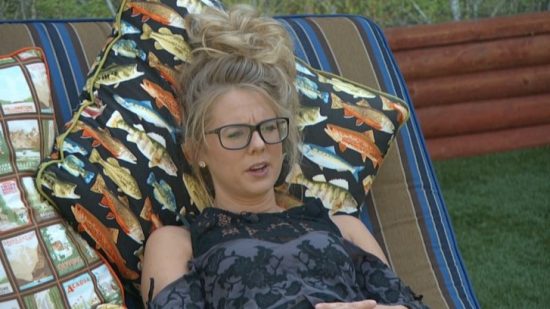 I hope everyone had a good weekend. It’s a bit disappointing to see all the ‘going back to school’ and ‘last beach day of summer’ posts on facebook. Summer goes by too damn quick, and before I know it, I’ll be checking the upcoming weather for potential snowstorms rather than beach days. Pissed.

As far as the house goes, there has been almost no movement on the Michelle front.  At least on a game standpoint.  At some point through the afternoon, someone flew in a drone that had a small blowup doll on it with dark hair.  There was some wording, but the house couldn’t make out was it was.  Nicole got paranoid the message was to her about going after the wrong person, while Michelle started calling herself fat and ugly over it. I think the season is getting to everyone, and it’s a good thing there is only about 3 weeks left of the season, otherwise they may be checking out of the house and into a mental hospital.

Speaking of Nicole’s paranoia, that has also been impacting her on another game issue. She had a long talk with Corey about Victor and worrying whether or not he’s going to randomly flip on Paul and vote him out this week. While on the outside, it seems silly, to her credit this has been a crazy season, so it’s hard not to be just a little paranoid about things like that. In order to ease her mind, Corey offered to use the bribe on Victor to secure his vote. Her other option was to replace Paul with Natalie, but that will fire the shots she is not quite ready to do, yet.

At the end of the day, I don’t expect Nicole to use it, and I do expect Corey to give Victor the $5k. For some reason Victor was one of his first thoughts when he got the money, so I think he’s been itching to give it to him for whatever reason (that can be taken bad)