Morgan Vs Justin, Who You Got? BBOTT 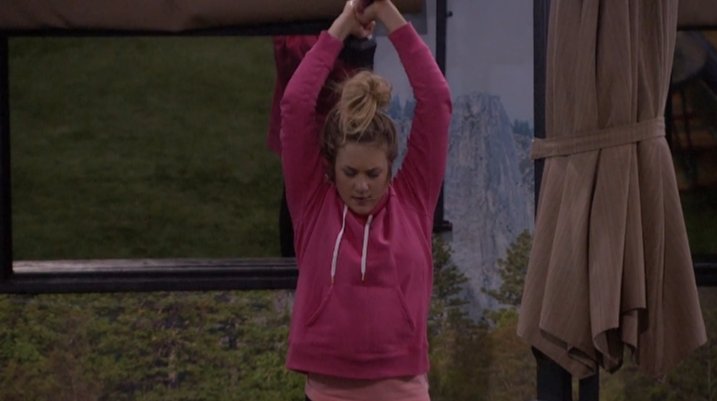 I hope everyone had a good Thanksgiving weekend! I went to see the Trans-Siberian Orchestra on Saturday night, so I wasn’t able to live blog what we all knew was going to happen.

For some reason, Big Brother teased that Saturday night would be a ‘game-changing announcement’ when they created the final schedule about a week ago. However, during the night Shelby got evicted, Julie Chen came on TV for a pre-recorded message letting them know that the winner of that night’s HOH competition will be able to take a second person with them to the final 3. Jason won, and already decided to pick Victoria 2.0 (for both loyalty and strategic reasons, kind of a no-brainer).

Unlike typical seasons, he won’t get to choose the final person as that will be decided by a 1 versus 1 competition between Morgan and Justin. Very simple, winner loses to Jason in final 3, and loser goes home. Oh wait, I mean “winner gets a chance to win Big Brother OTT – hahahha”.  There is an upside, as I think there is a second place prize, so the winner does get a chance to win that.

There has been a little drama in the house, but mostly dumb drama. The other three spent a bit of time shit-talking Justin after he remained in bed almost all day on Thanksgiving while they prepped the meals given to them by Big Brother. They weren’t upset he wasn’t cooking (as he deserved a break from that), but just upset he didn’t partake in wearing the weird shirt BB gave them, reading his letter, etc. Justin’s absence hit Kryssie the hardest as she later gave him a huge lecture on it while Justin tuned her out. Justin is basically done with this season, so he’s showing the people in the house that he really doesn’t give a shit about them. With Jason revealing America voted him in, and Morgan revealing Alex was her sister, Justin’s big secret was apparently he never cared.

Not that I really blame Justin. Listening to Frank have real-talk with someone (Bridgette?) last season about what really happens after the show versus what people think will happen made me realize he’s right. Frank said that for the most part, everyone is going to go their own ways. They’ll keep in touch with 1-2 close people and end up losing contact with the rest after some time. Shit, Nicole even basically confirmed it later in the year when Paul/Victor were trying to make plans with her and Corey and she basically said she really didn’t want to go party with them. In the real world, Nicole is quiet and reserved while Victor and Paul are the party types.

Big Brother brings a bunch of people from all walks of life together for a few months as a glorified summer camp who all admit they would never have known ‘someone like you’ if not for the game. They all make tons of plans, then once camp is over, it’s back to real life, family, and friends. Kind of sad when you think about it, but Justin already realizes this, and realizes there is no reason for him to pretend to be best friends with the house anymore. Unless of course, you’re Danielle or Neeley who have been kind of crazy on social media acting like they’re still in the house making videos celebrating every time someone gets evicted. They’re going to get a reality check in a few weeks when they keep trying to contact Jason and the most he does is tweet out to them and maybe do occasional skype conference videos.

Alright, enough rambling. The big competition versus Morgan and Justin happens tomorrow night, so I will be blogging that.  The recap episode should happen around 5pm bbt, and then the competition right after.