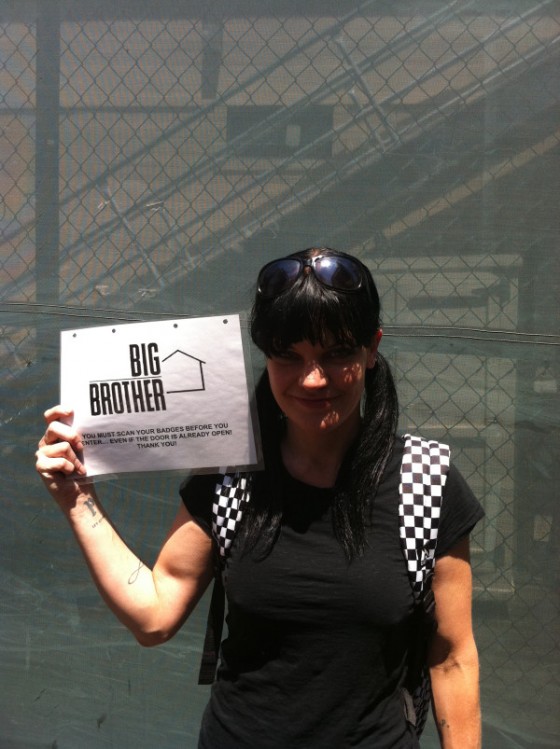 It looks like NCIS was called in to give the Big Brother house a complete inspection before the season starts on July 7th.  With 12 seasons of bodily fluids being released from cast members, I think they were called in to make sure they haven’t joined up to form some deadly bacteria that will eat the flesh of the houseguests this season.   Word is, investigation revolved heavily around the jacuzzi and the head of household bed.

I’m kidding (of course?), according to my good friend Jamie’s blog, Pauley Perrette from NCIS was one of the people who got to take part in the Big Brother media day where they pretended they were big brother contestants, did challenges and such.  I assume everyone also had sex with one another at one point in the day.. (hey, they had to wrap up a season’s worth of sex and drama in one day)

On a shameless side note, the Big Brother Early Bird Special is active and waiting for you to save money!   Here is a rundown of what you get:

It’s really a fantastic deal, so take advantage of it now

Get your Early Bird Superpass by clicking here!