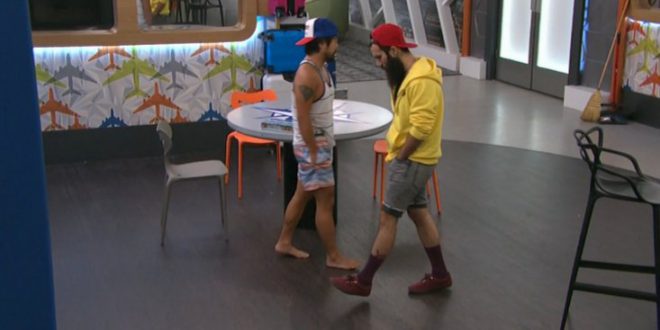 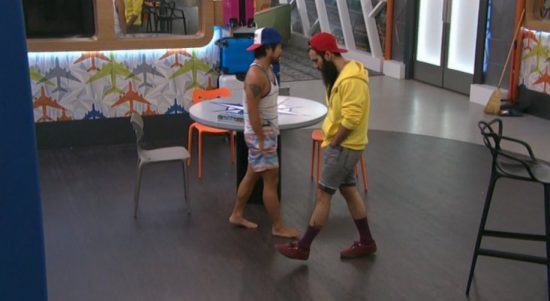 T-minus 30 or so hours until Big Brother 18 is over…. wait, I think T-minus is supposed to be an accurate number. Don’t they use that for shuttle launches?   I can see it now… “T-minus about a minute until launch”. Probably wouldn’t go very well.

Before I talk about Big Brother, I want some suggestions for how to handle Survivor this winter.  Seeing as I’d probably only post recaps like once a week (I can’t really think of what else to actually post), should I bother with a different site, or just post it here under a Survivor category?  Big Brother is easier to blog because it’s happening as I type this, but Survivor already happened. We’re all at the mercy of CBS and their schedule.  I can probably search for spoilers, but I heard some site got sued for posting that, so I’d rather avoid that area.  I have survivorjunkies.com, but I haven’t updated it in years and would have to modernize the layout to make it more mobile friendly.  I suppose that may be the better option?  Just start posting there, and modernize it when I have time?  Thoughts, suggestions?  Keep BBJ as Big Brother only?

Alright, now on to the house. The house is clearly running out of stuff to talk about because now they’re speculating on whether or not Natalie had some super secret like she’s really a rich CEO of a company. I mean I guess it kind of fits. Playing some ‘ditz’ role to get by early on is no different than the Ian ‘harmless’ strat. I did point out early on a few times how surprisingly she was the only one of the noobs who actually seemed aware of potential flaws in their ridiculous plans that Jozea had.  She also apparently has a multi-millionaire friend and rarely talks about it.  Obviously, she’s hiding it from us as well if true, but I am just saying I guess it’s not too crazy for them to think so considering last year’s 3rd place finisher was a secret millionaire.

It’s also funny just listening to them talk about junk now that little matters. They’ve been pretty open about their games this season if the topics ever come up. They’re clearly just waiting for this day to go by so they can get on with their lives, and it’s hard to blame them.

With that, here are some updates

I will post an afternoon thread probably reflecting on the season, rambling, and all that fun stuff.  Then I will obviously have a live thread going to see who wins it all…

In a week, we start again