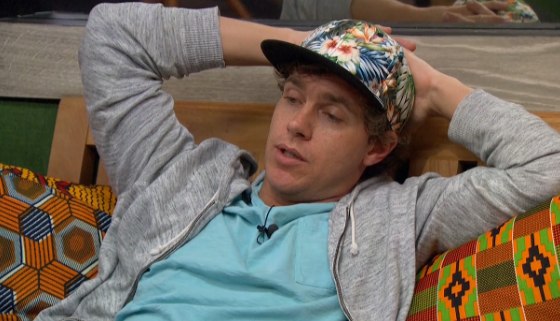 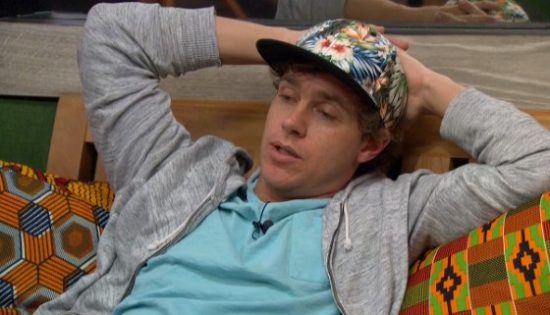 Frank may be safe this week, but he has been digging himself in a deeper hole by the minute. Over the past week, the house has been comparing notes, and realized that Frank has been real friendly with pretty much anyone he can. I think he has told nearly everyone in the house he’d like to sit with them at the end, and in generally spreading himself thin. Why is he doing that? No clue, but that is the type of move rookies make.  Yes, having multiple deals is alright, but you have to have about 2 max, and they have to be airtight. I think Frank doesn’t know how to play when his back isn’t against the wall, so he’s overplaying the game, to an Audrey level last season. I wonder if we’ll see Frank like this in the next week or two…

In addition to being the multi-alliance man, he has also been acting kind of like a dick. He even joked that people didn’t get to see the real him because he had to play nice due to always being on the block, and now he’s letting his guard down. The problem is, he let it way too far down. For example, he has apparently been pretty friendly with the girls butts in the game, especially Da’Vonne. I guess he has smacked or pinched her butt on multiple occasions. Last night, Day had enough and started to complain to people about it, and that got back to Frank. To his credit, Frank did try to apologize to Day, but he doesn’t think she really accepted it. Frank was sitting with Corey telling him that’s ‘just how he grew up’ with his mother and grandmother pinching his butt (weird), and growing up as a wrestler father likely had the testosterone flowing in the house, but that’s a lame excuse. He knows better. You can’t go pinching butts, especially of people you just met a few weeks ago. While Day may not have said anything, which gave him the impression it was ‘ok’, it wasn’t. I was on team Frank this season, but I think I’ll slowly step away from that train wreck and find someone new. I am kind of liking Paulie, and Nicole is always sweet, but Amy is Team Nicole, so we need to continue a rivalry 🙂  I’m leaning toward Team Paulie, especially with his underdog status… please Paulie, don’t let me regret this.

With all of that, there is still a game going on, and nominations were today. Here they are…

Paul and Tiffany were nominated for eviction

This is Frank’s nominations hands down, and I’m sure the entire house knows it. Bridgette is his Victoria, except she actually can win a comp or two. This plan is purely aimed at getting Tiffany out, and it wasn’t a back door because they think putting her on the block as a target from the start will rattle her into self destruct mode. It’s a good theory, but a gamble. She may be rattled, but she may also be more focused during the PoV, and I wouldn’t be the least bit surprised if she’s wearing that necklace tomorrow.