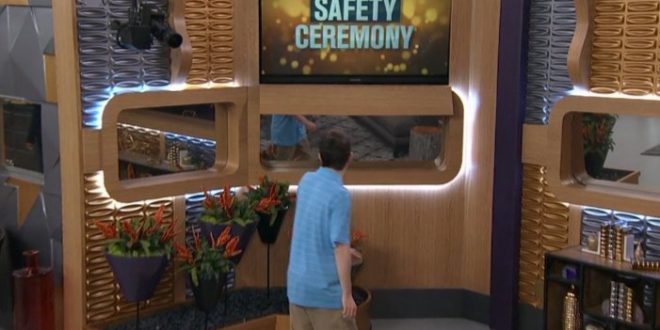 Over The Top First Safety Ceremony 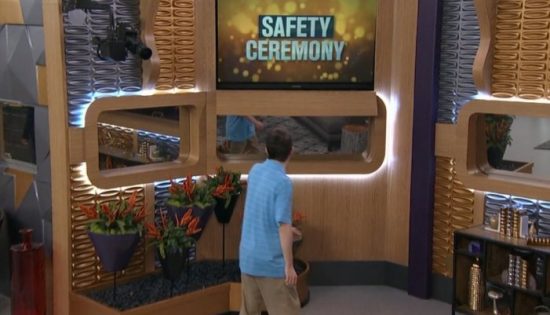 Here we are, the first Safety Ceremony of the Big Brother Over the Top season. Reality is, it’s essentially an extended nomination ceremony with the old keys. Back in the day, they used to pull the keys out of the boxes to know they were safe, but they would do it all while sitting around the table. Now, the HoH just stands up in the HoH room and pushes buttons (when told) to let them know who is safe 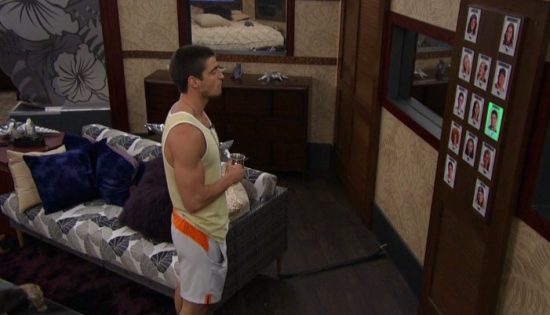 I guess this ceremony takes place over the span of two days with the final 2 people being nominated. I am not sure how the 3rd nominee will work, or if it happens at all this week, but it would suck to be called safe only to be nominated by America.

Let’s jump right in with the feed updates:

Tomorrow’s schedule is the finalizing of nominations at 7pm