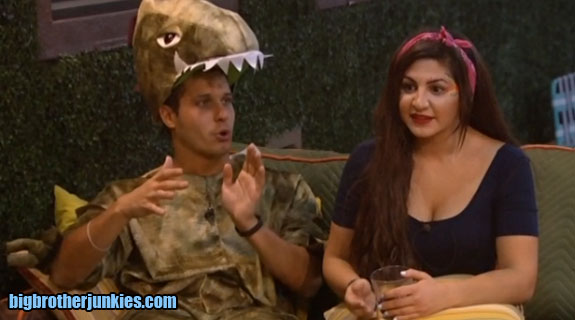 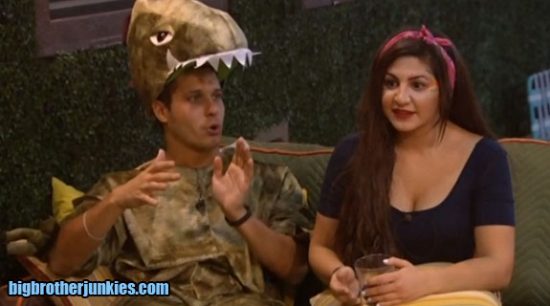 So I realized there is probably a 25% chance I’ll actually have time to write a recap tomorrow, so may as well bang one out while I sit in my hotel room (I was booted from the apartment tonight.. night before wedding thing).

The big news – Cody won the PoV, and by win I mean he crushed it.  Caleb joked that his time was likely faster than those who created the mashups could do. I guess studying does help.. for some.  Frankie also studied and bombed.

What does this mean? Frankie is screwed. Completely screwed. He may be going from a 4th place lock to entering the jury house before Victoria.  Even Caleb’s hard-on for fame likely can’t save Frankie now because Cody and Derrick control the votes.  The ONLY way Frankie stays right now is if the guys completely chicken out, or Derrick sticks with his ‘I hate Victoria’ routine and votes her out.  This means Caleb would break the tie, and he’s always a widcard.

I’d like to believe Derrick isn’t stupid enough to let the Victoria thing stop him from voting out Frankie. He simply has to now. Thanks to Caleb’s mouth, Derrick and Cody have no other choice.   It would be the dumbest move of the season to keep Frankie after what he learned from Caleb last night (that Derrick and Cody wanted him on the block because they couldn’t trust him).

As of now, I don’t expect Cody to use the PoV, so this appears to be the set nominations heading into the backout that should likely happen on Monday night.

This should be the last post I will make for a bit, but if you’re curious what I’ll be up to during  my vacation, I will likely be updating my facebook page. Subscribe to me there!  Have a good weekend, and I sincerely thank each and every one of you for the support you’ve shown me this season.  It hasn’t been a good one. Hit with some bad news coupled with a lot of stress doing wedding planning, but I can always rely on the positive comments on you all.  So thank you again!