Quick Recap of Last Night In The Big Brother House 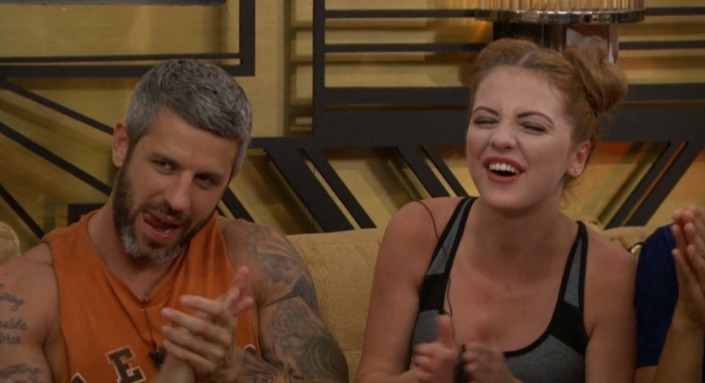 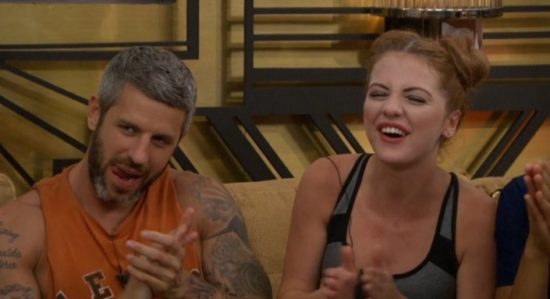 I’ve been sitting here trying to think of something clever to open this blog with, but I have nothing. It was a crazy night in the house, and I’m not sure where to begin, so I’ll just do what I’m good at… ramble on.

We watched the very heated exchange between Christmas and Jessica once Jillian was evicted from the house.  This happened because Christmas called out Jessica during her speech, and Jess was pissed because she obviously wasn’t given the floor to defend herself. She thought it was a low blow to call her out at that point, and the two got pretty heated at each other. Enough where the production team came over the speaker after the HoH competition ended and reminded everyone that it was a game and to not get nose to nose with anyone. They can shout, scream, etc but physical violence is not tolerated at all.

After the comp, Jess and Cody remained together while snapping at Josh pretty much every time they saw him. Why Josh?  Because he was the only one taking their bait. Everyone else in the house basically ignored the pair, but Josh tried to apologize for the way things were the Cody was having none of it. Once they saw Josh was the vulnerable one from the group, they pounced on him like a lion. I felt bad watching Josh because he would get verbally assaulted by them and then go off on his own trying to figure out why the hell it happened.  If Josh’s family reads this – let him know he was not at fault and anyone watching knows how ridiculous Cody and Jessica were acting. He (Josh) is a better man than me because I would have snapped back at that type of abuse, but Josh remained as calm as he could despite the craziness going on around him. 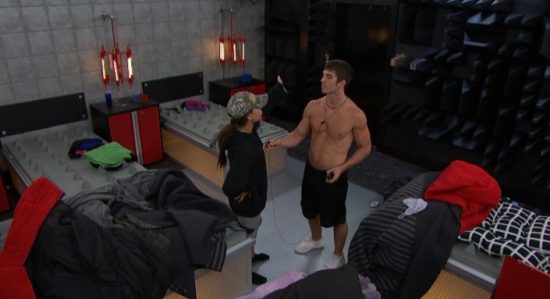 As the night continued, Jessica’s anger got to a boiling point and she decided to take off her mic and quit the show.  Cody tried to calm her down, but she was having none of it. Production told her to put her mic back on and she ignored them until Paul came out of the DR to show off his HoH room. Jessica went into the DR saying she was going to self-evict and people thought that was the last we were going to see of her. 20 minutes later she popped out of the DR and pouted next to Cody, so apparently, her self-evict is on hold for now.

Meanwhile, Kevin and Ramses got in the most unexpected beef of the season. As you guys remember, Kevin threw everyone off and voted to evict Jillian last night, but afterward kept that to himself and pretended he voted to evict Christmas. He was seriously so good at lying that people in chat were wondering if he simply forgot who he voted for. He didn’t.  Kevin is a smart guy and is surprisingly playing this game way better than any of the recent token ‘old guys’ they cast. Him voting differently created a bunch of issues in the house as everyone tried to figure out who voted what. Ramses called Kevin a snake (or something along those lines), and Kevin went around telling people he did nothing wrong and Ramses needed to cool off with his accusations. Despite Ramses being correct in that Kevin was the one who flipped, Kevin got the upper hand in that situation – for now.

Moving on to the man of the hour – Paul.  He won the HoH he probably shouldn’t have been playing in (there should have been a stipulation on his temptation that he can be safe but can’t compete), but immediately tried to figure out how to get Cody out of the house as smart as possible.  He doesn’t want Cody to come close to the PoV, so he suggested some weird plan of nominating a few pawns like Matt and Raven next to each other and then backdoor Cody. He also suggested Kevin who wanted no part in that plan, and really nobody did. It’s kind of a stupid plan made by someone who is extremely intelligent and trying to overthink the situation.  By putting neither Cody nor Jessica on the block as initial noms opens the door to a situation where both of them stay (especially with the power of temptation lurking).  While it is difficult to get someone out when you only have two options, it’s almost a risk you have to take and just put them on the block next to each other. This way barring a temptation twist, one is guaranteed gone.

Side note – If you want drama to continue in the house – vote Cody for the temptation. You may not like him, but I know you like drama and good feeds. Cody staying in the house provides that for at least another week.

Finally, still on Paul.  Something weird happened during his HoH basket which I’m going to look into further and try to break down if I see anything to it.  His letter was awfully strange that included oddly specific references to his sick animals that his mother is supposedly taking care of.  The references were so weird that even Paul was confused by them, but tried to play it off when he realized there may be a secret message in that letter.  Like I said, I’m going to re-watch that a few times, write down the actual letter and see if I can get anything from it, but I’ll do it in a future post. Maybe you guys can help me see if any of it makes sense.

That’s all for now.  Stay tuned for the letter breakdown and live feed updates. Big day in the house!