Have You Reached A Low Point In Big Brother When Victoria Bashes Your Game? PoV Recap 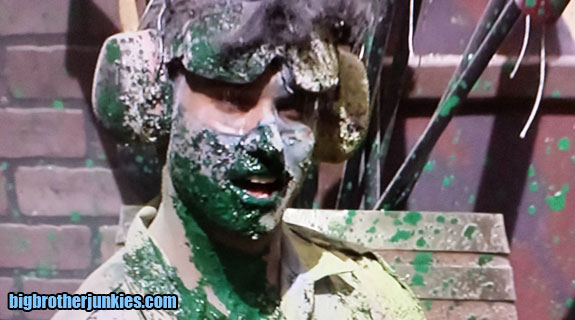 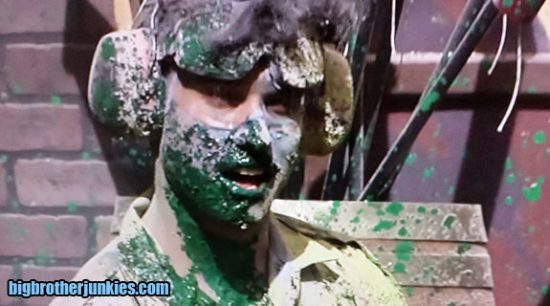 This week had so much potential, it really did. It could have easily been the biggest week of the season, and quite possibly one of the more exciting backdoors of the last few seasons.  Caleb had all the power to do it, and he chickened out.. plain and simple.

Ever since returning to the Big Brother house from jury, Nicole has been the whipping girl. She’s been a havenot both weeks, constantly on the block and basically ignored by 3/4 of the house.  That said, tonight’s episode featured her third competition in which she could have saved herself since returning, and she failed yet again. It’s hard to feel completely sorry for her, but it is sad to see someone be treated as an outcast for so long.  Nicole’s only real friends since returning have been Derrick and Victoria, and even one of them quickly did a 180 on her when she gave him a compliment. As soon as Nicole compared Derrick to former winner Dan Gheesling, he had a panic attack and wasn’t as pushy about keeping Nicole as he intended on being.

Don’t let that fool you though. Despite editing to make it seem like Derrick had a larger role in the replacement nominee decision, he really didn’t. In most of the talks, he sat silently while Cody and Caleb weighed the pros and cons about putting Frankie up as a replacement.  I suppose pretending Derrick had more to do with it than Caleb fits better than the narrative that Caleb was too scared, but more on that later.

Before I talk much about who was the replacement nominee, and who dodged a huge bullet, let me talk about the veto competition.  There are a few competitions Big Brother has per season where I’d love to compete in, and this was definitely one of them.  The players had fake bombs and were given a memory test where a screen would flash wires in a certain order, and players had to cut the wire depending on the question at the end of the sequence.

(Side note – I’m sure you all played at home. How did you do?  Leave it in the comments.  I made it to about round 4 before my fake bomb blew up)

Cody did not survive the first round, which was pretty humiliating because it was quite easy.  I guess memory isn’t his thing, just like following through with threats he likes to make (inside joke if you read the blog regularly).  Victoria and Caleb followed fairly quickly which meant the veto would be won by Nicole, Christine or Derrick.  Channeling his inner Dan Gheesling, Derrick decided making it to the final 3 was good enough and threw the comp, but as he did, Nicole got her wire wrong at the same time and just like that – Christine won the power of veto.

Back to Caleb and his backdoor plan.  After the veto competition, there was a lot of Frankie discussion going on. The conversation went on for quite a long time and was supposed to continue into Monday afternoon before the ceremony (the talk didn’t happen of course because they slept all day).  Frankie is a huge threat, they all know it, and this was the last opportunity they had to officially backdoor him.  Next week and beyond, every player in the house will be competing in the veto, so Frankie could possibly win every single veto competition until he’s sitting in the final 3.  This is why the move had to be made this week, and the one to do it was the guy who was told by his brother in the HoH letter to ‘put his man pants on’.

Derrick approached Caleb before bed that night, and Caleb mentioned something that wasn’t shown on the episode.  He said “At least you don’t have to worry about being hated by millions of people”, and right there is when Derrick knew Victoria would be the replacement nominee. Caleb is scared of Frankie and/or Ariana’s fans and the backlash he’d receive, so he took the easy way out and the very hard road to the final 2.  Everyone in the house knew how awful of a move it was, including Victoria who often times we wonder knows what game she’s playing. Victoria sat in the diary room and called Caleb a wimp for not making a big move, and it’s sad to say, but she’s right.

This will easily go down as one of the biggest non-moves in the history of the show, and should Frankie win the game, you can point to this nomination ceremony as the reason.  If Frankie wins and Caleb isn’t sitting next to him for the guaranteed $50k runner-up prize, well that will make it even more embarrassing.

The double eviction is tomorrow and it’s just about time players started turning on each other.  Sadly, there is still one more ‘easy target’ to go (Victoria), so we very well may see Victoria and Nicole leave the house tomorrow night, but it’s also quite possible Victoria falls through the cracks during the double and someone bigger goes home.  Make sure to tune in and watch!

Check more of my Big Brother recaps at OK! Magazine